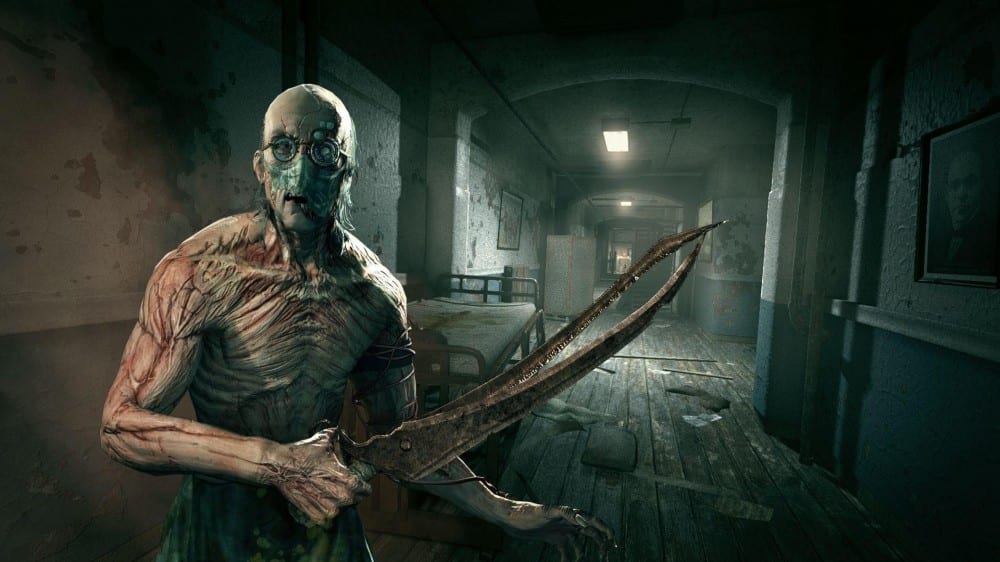 The Nintendo Switch has received a slew of games, many of which are ports of older games designed for mature audiences. The latest game to grace the console is one of the scariest and bloodiest in the console’s library.

Earlier today, Outlast, the survival horror game developed by Red Barrels, hit the Nintendo eShop. At least, the European shop; the game isn’t available on the Nintendo Switch in the U.S. just yet. Regardless, gamers can buy Outlast: Bundle of Terror for the low price of £19.99. The bundle includes both the base Outlast game and its Whistleblower DLC.

While the devs at Red Barrels promised to bring both Outlast and Outlast II to the Nintendo Switch, they never gave a release date. The company last mentioned the ports back in December and has been silent until today, so even though gamers expected the ports, they didn’t know when to expect them. Essentially, the announcement caught Outlast fans by surprise, not unlike many of the game’s jumpscares.

While many studios have developed Nintendo Switch ports of popular games, most of these games were originally designed for different, more powerful hardware. Plenty of Nintendo Switch ports use lower-quality assets and textures (e.g., DOOM) and cut back on features such as lighting, shadows, and draw distance (e.g.,  The Elder Scrolls V: Skyrim). These are necessary sacrifices, as the Nintendo Switch is objectively weaker than the Xbox One and PlayStation 4. While Outlast: Bundle of Terror will no doubt please survival horror fans, gamers can likely expect some graphical cutbacks on the Nintendo Switch version.

According to Red Barrel’s official Facebook page, the Bundle of Terror will “be rolling out on the eShop in all available locations within the next few hours,” which implies the game will be available in North America before the day is out. Also, the sequel, Outlast II, is available for pre-order, but like the original game’s port, the company has not announced a release date.

Admit It: A Pokemon Battle Royale Would Be Sick