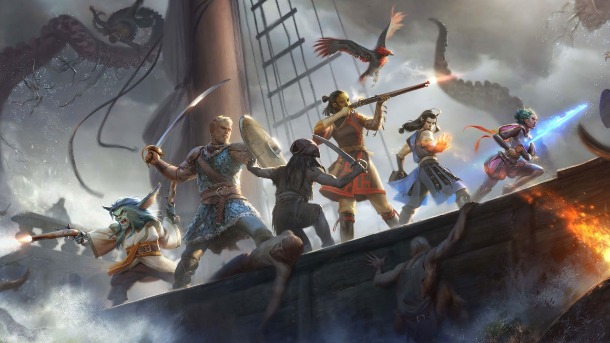 Pillars of Eternity II: Deadfire, the sequel to its acclaimed predecessor which saw Obsidian developers return to their isometric RPG roots, is coming to consoles later this holiday season according to Game Informer. The original game was ported to PlayStation 4 and Xbox One as well a little over two years after its release. Luckily the wait won’t be as long this time around.

The PC version is due out earlier in April, but if you prefer to play on consoles you’ll have that option as well at some point during the holidays. And maybe to the surprise of some, you’ll be able to experience Pillars of Eternity II: Deadfire on the go too if that interests you, as there will be a Nintendo Switch version as well.

According to the Game Informer report, the game will be ported to consoles by Red Cerberus. Red Ceberus is a development team that specializes in outsourced jobs and ports. Obsidian themselves and Versus Evil, will be working together to publish the game.