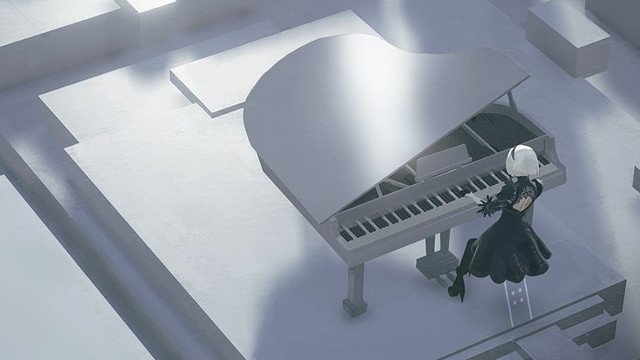 Square Enix announced today that last year’s hit hack-n-slash title, NieR: Automata, will be receiving a new rendition of its soundtrack in the form of a piano collection.

Composed by Keiichi Okabe, who’s previously worked on bringing the Tekken series’ music to life, the collection’s physical release will include illustrations by Kazuma Koda, the man responsible for designing some of Automata’s beautiful concept art.

It seems as though the album will release only in Japan for now, as a North American release date has yet to be confirmed. If you’re looking into importing the melodies, the collection debuts on store shelves in the land of the rising sun on April 25, 2018 for 2,800 yen plus tax on the Square Enix e-Store and Amazon Japan.

Only time will tell whether or not this new rendition will cover the entirety of NieR: Automata’s soundtrack, as the original compilation clocks in at about three and a half hours. It also remains unclear whether or not the likes of Emi Evans, J’Nique Nicole, and Marina Kawano will return to lend their voices.

This isn’t the first time Square Enix has done a piano collection for its games, as the very first NieR has its own piano arrangement and franchises like Final Fantasy and Kingdom Hearts have seen similar treatment in the past. Though we haven’t heard the songs just yet, rest assured that they will most likely be orchestrated with the utmost of care.