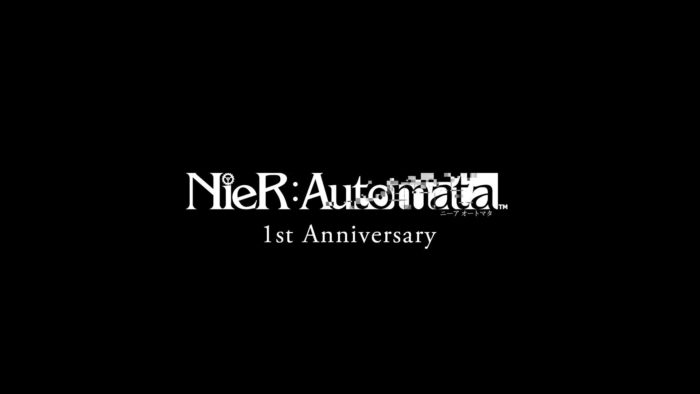 NieR: Automata has just turned a year old today. The game originally launched on the PS4 in Japan on Feb. 22, 2017, and it seems like Square Enix has something special for its first anniversary. Taking to Twitter, the company announced that they will be holding a continuous Niconico live stream from Mar. 3 to 4.

While there’s no word on any possible announcements, Square Enix will be sharing more details about the stream on the 26. For now, fans will have to keep waiting for further details until then.

NieR: Automata is an action role-playing game developed by PlatniumGames. The game follows the story of android 2B, 9S, and A2 as they fight to reclaim their world ravaged by powerful machines. Most of the gameplay features role-playing elements mixed with action-based combat. Players are constantly swerving away from projectiles and attacks while countering with their own powerful strikes.

The game also features multiple endings and epilogues (26 in total), with a majority of them non-cannon to the main story. Meanwhile, the other endings provide a different perspective to the plot, urging players to finish the story multiple times.

NieR: Automata is available now on the PS4.