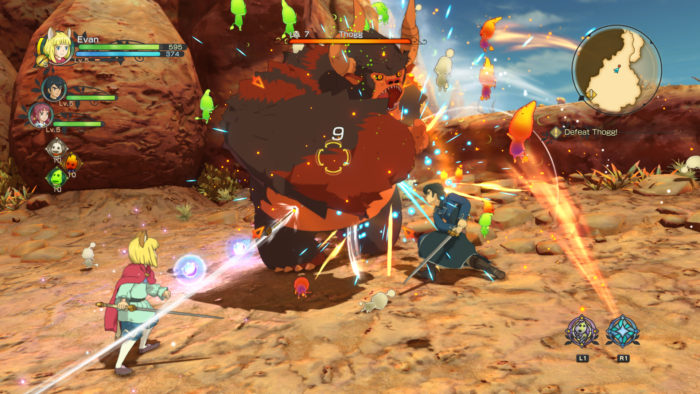 Ni no Kuni II: Revenant Kingdom is just about a month away now, and the new footage is rolling in. The latest follows the in-game city of Goldpaw, which has a bit of a Gold Saucer from Final Fantasy VII feel to it. It’s a city where everything is decided by dice, and as such features a thriving casino industry where tourists pay to head to the casino and spend big bucks on betting.

Games of chance with dice are also used to make decisions for the people, with a bronze statue called Lady Lucky shaking dice in front of the people to make important decisions that probably should take other things into consideration, but hey! To each their own, right? The ones who roll the dice are Goldpaw’s king Pugnacius and astrologers as well. Strange! It looks like heading through Goldpaw might very well be one of the more interesting parts of the game.

Ni no Kuni II: Revenant Kingdom will be rolling the dice when it comes out on PlayStation 4 and PC March 23, so get ready for another meaty JRPG that’ll demand most of your time. By then, you may be through some or at least a part of your backlog, right?