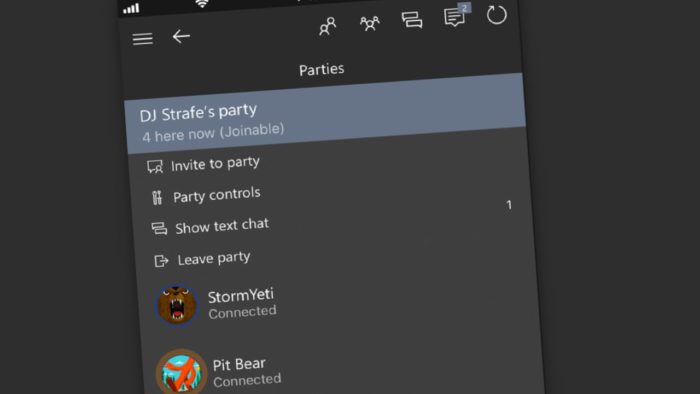 If you’re someone who typically spends a lot of time talking online with their Xbox Live friends, you’ll be pleased to know the Xbox Live app now has its own Party Chat feature. So now whenever you head out of the house, you can still talk to your friends even if you’re not by your console.

The app is available on both iOS and Android, and all you need is a valid Xbox Live account. You can talk to your friends while you’re out and about, or you could potentially use the app as a surrogate for your headset, putting everyone on speaker and chatting while you’re doing other stuff. Playing Halo, perhaps?

This feature was teased for beta testers not so long ago, and has been in the works for a little while. If you’re looking for a way to stay in touch with your friends on Xbox Live and aren’t very interested in using broader communication apps like Discord and others. If you’re a hardcore Xbox Live user, there are plenty of features on the app you can use to make it worthwhile, the least of which may actually be the party chat, since you can check messages and other information while using it as well.

If you end up downloading the app for that purpose, let us know how it works out for you in the comments below.