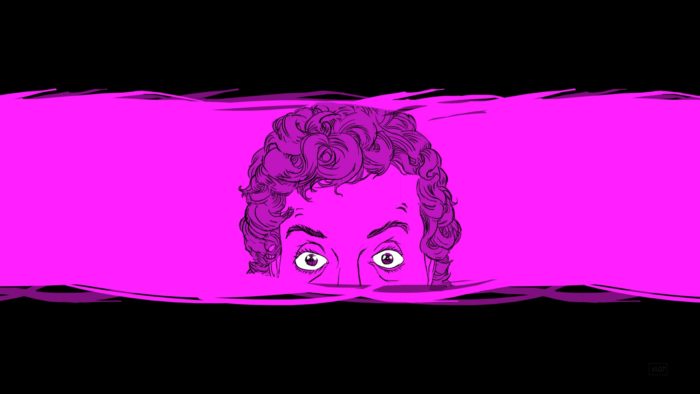 Escapism is a integral part of why we play games. At times, immersing ourselves in a well-realized world can act like therapy for the real-world issues we face everyday. Legendary Gary explores the concept, asking what would happen if our own lives were to become entangled with the games we were playing. The game is equal parts grounded and insane, optimistic and depressing. Despite its wacky and abstract characters, it manages to tell a heartwarming story of small town angst and learning to deal with loss. You’ll laugh, scratch your head and tear up as you live a boring hum-drum life by day and one filled with magic and wonder by night, all the while wondering what the developer must have been smoking while making this odd yet charming RPG.

First, some context. In Legendary Gary, you play almost-thirty year old Gary who, after being phased out of his job at the local grocery store, is stuck in small-town purgatory. His life has ground to a halt as he plays video games in the basement of his childhood home. The game in question, Legend of the Spear is an old-school medieval RPG starring a character who looks suspiciously like our basement-dwelling hero. The game is broken up into two sections. One involves Gary’s every day life. You chat to friends, struggle to keep your relationship together and help your Mom with the gardening. When you get a moment to spare you can log onto Gary’s computer and enter another world. In this fantasy setting, the game tells a tale of a young hero fulfilling his destiny.

The game is purely a point and click affair, which works well enough and manages to keep the two segments feeling inherently tied to one another. In the game-world, you mostly spend your time engaging in turn-base combat which plays out on an isometric grid. It’s simple for sure but throws in a few inspired touches which keep it feeling fresh. During each fight, you can preview each enemy’s next move and also rewind to your previous one. The combat mostly serves as a way to break up the story so the choice to keep it relatively friendly and quick is a smart one, managing to keep the pace up where it might otherwise have fallen. The way the game replays each fight after it is over is incredibly satisfying to watch and informs future encounters. The game features a party system where you control up to three characters, each filling a different role in battle. There’s a healer, offensive type and the player’s all-round character to control, and each feels distinct and useful in their own way. There’s no real challenge here, save a couple of encounters towards the end which require you to work out the exact sequence of attacks needed to down an enemy. At times, it became difficult to judge wear an attack would land due to the game’s isometric layout, but the ability to rewind and preview turns definitely lessened the impact of dying.

Where the game starts to excel and stand out from others in the RPG genre is when it starts to blend the two realities together. Scenarios in the real world start to inform decisions you make in-game. Certain characters appear in both, just under different design styles. This synergy between the two offers much of the game’s comedic moments with a lot of laughs centered around seeing what form a character from the real world will take in-game. The corrupt boss of the convenient store is mirrored as a sadistic reptile and Gary’s two stoner buddies are represented by mask wearing octopuses. As the game progresses, the parallel universes get more and more entwined, something which Gary starts to notice himself. One interesting way in which the real-world influences combat is in the game’s gardening system. By winning battles, you earn seeds which you can plant in your Mom’s garden in the front yard. By watering these seedlings, you unlock new attacks to use in-game, each of which offers distinct advantages.

It’s not always effective when the worlds collide though, a fact evident in the game’s puzzle sections. Part way through the game you are introduced to a magic egg which asks you a series of riddles which you must crack. Problem is, there’s no real challenge whatsoever, relegating the puzzles to story padding, their sole purpose merely to show that the two worlds are connected. The combat too, is a little overdone. Legendary Gary is a story experience first and foremost so when it switches into gameplay it has very little to draw on. Every conflict is solved by a battle, every chapter is book-ended by a battle. The combat is great don’t get me wrong, I just wish there was more to the gameplay than these turn-based chess games.

Like I say though, the game’s main attraction is its story and world building, both of which it does excellently. The game’s main asset is its visual style and art direction. Sitting somewhere between an Adult Swim short, a story book and children’s TV from the 80s, Legendary Gary is a joy to behold. The cut scenes, while few and far between are exquisite, from the loading screen which brings you into the game to the transition animations which break up each section of the world. Gary’s real-life town is just as striking. All of the character’s and animations are hand-drawn making a simple act like walking upstairs sing with nostalgic flair. The character design is just as imaginative with both monsters and human-NPCs all standing out with unique quirks and details. There’s a sarcastic hermit crab, a large-nosed king and babies with butterfly wings, all of which seem to pop out of the screen.

Somehow, the soundtrack manages to match the acid-trip visuals perfectly. Written and performed by singer/songwriter xXsickXx, the score is a mix of synth-pop and apocalyptic post punk. the music is also directly referenced and tied to the plot of the game, once again adding to the game’s melting pot sensibilities.

The story is a coming of age tale involving grief, abandonment and ultimately acceptance. Gary is a very different person at the end of the game, with the game managing to tell a satisfying character arc in just over five hours. Gary’s Mother is slowly unraveling, forcing him to get his job back at the grocery store. As his reality gets more and more mixed up with the game he is playing, the story shifts from tackling small town depression to corporate greed and childhood abandonment. There’s an element of player agency involved here too in the game’s motivation system. Certain interactions provide dialogue options, some require motivation points to select. You gain motivation by all manner of strange acts, from eating a cookie to gaining a point purely from frustration, it’s mostly an arbitrary system but is a whole lot of fun nonetheless.

What is so evidently clear when playing Legendary Gary is how much of the creator is poured into every inch of the game. It’s a self contained story, filled with excellent writing and a tendency to break the fourth wall. I was struck by just how wholesome the story is despite its zany vibe. The game manages to evoke Saturday morning cartoon specials, offering a motivational message of hope as the credits roll. On completion, the game shows you just how much thought has gone into the visual design by displaying each character’s two versions side by side. A few genuinely surprised me while others made me laugh out loud.

Over its five hour or so playtime, Legendary Gary managed to be one of the strangest gaming experiences I’ve had. I was initially enamored with its hand drawn art and goofy writing but eventually found myself genuinely invested in the story and floored by the ending. There’s a clear boatload of love that has gone into this tale of responsibility, demons and supermarket checkouts, and while its gameplay can feel a little repetitive at times, it more than makes up for it in irresistible charm.