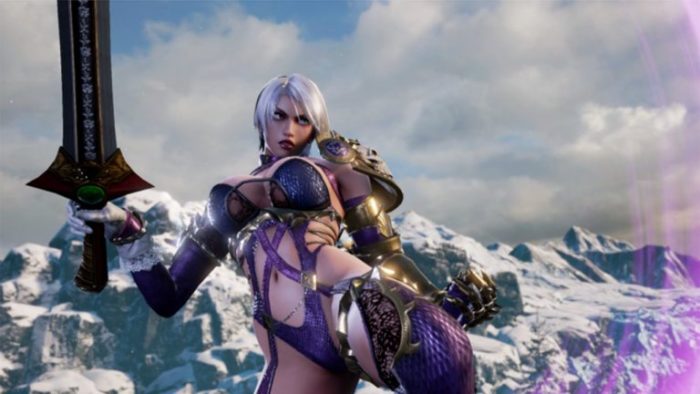 Soulcalibur’s Isabella “Ivy” Valentine is making her way back to Soulcalibur with the debut of Soulcalibur VI. Zasalamel is also coming back to the series for the first time since Soulcalibur III. There’s a new trailer showcasing both characters and their abilities as well as what they’re capable of.

Ivy has been a staple of the Soulcalibur series and has appeared in all of the games except for the first entry, and now she’s back in the saddle with an outfit that looks a lot more like her original. The powerful fighter looks just as formidable than ever with her triumphant return this time around, and you can see her in action in the character reveal trailer.

Along with Ivy you can see Soulcalibur III’s Zasalamel returning three games later, with his scythe and quest to become the demon known as Abyss. He’s out to get Soulcalibur itself, but let’s face it — he won’t, not if players are around to keep him from it. That doesn’t keep him from being one of the coolest characters in the franchise.

You can pick up Soulcalibur VI on PlayStation 4, Xbox One, and PC later this year with Sophitia, Mitsurugi, Nightmare, Xianghua, Kilik, Ivy, and Zasalamel with new character Grøh. Are you looking forward to the new Soulcalibur game? Let us know in the comments below!

War of the Visions: Final Fantasy Brave Exvius Opens Pre-Registrations for the West
To Top