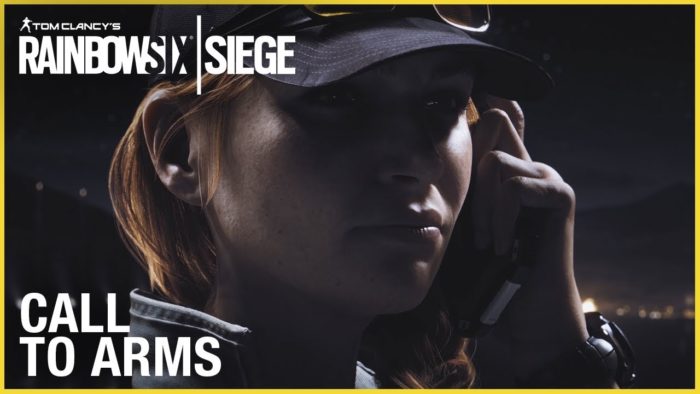 Rainbow Six Siege’s Outbreak event is coming with the debut of the Siege Invitational, but we’re getting another glimpse of the mode by way of a trailer from Ubisoft, which you can see below. As if players weren’t excited enough to see the debut of the new mode, you can get a good eyeful of what it’ll have to offer ahead of time with the latest clip here.

Operator Ash is the main focus of this trailer, as Ash ends up calling in the biohazard specialists that will act as part of the Chimera, as well as the new operator from Russia. It’s a lot to take in, but it mainly acts like as a vehicle for hype.

Outbreak is scheduled for a full debut on Feb. 18 at the Siege Invitational, but the actual Outbreak event won’t debut until Mar. 6 and run through Apr. 13. Its debut has a few players feeling a little skeptical, especially with Ubisoft’s bizarre decision to introduce loot boxes this late in the game’s life cycle instead of debuting them at the onset, especially given the controversy surrounding the mechanics stemming from the big Star Wars Battlefront 2 debacle.

If you can’t wait to get your hands on the upcoming new mode, see if the new clip below helps satisfy that burning desire for just a little bit longer.