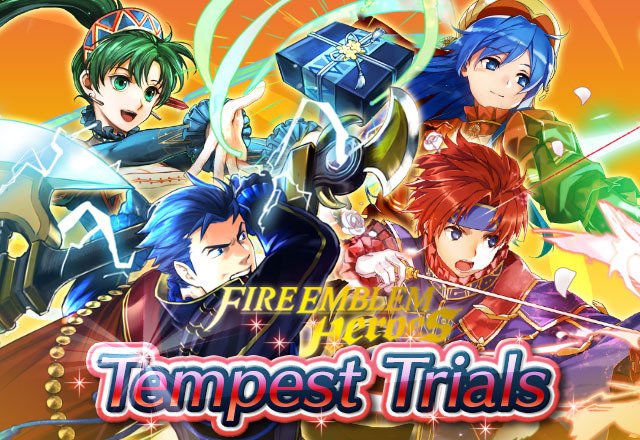 These Tempest Trials allow players the chance to claim new daily login bonuses and Bonus Allies for use in battle. Daily quests can quickly earn users Refining Stones and up to 13 orbs just for playing the game each day the event is still live. Other special rewards can be donated to players just for using certain Bonus Allies, which will be available within the same time frame.

Tempest Trials: Breath of Destiny has begun! Check out the daily quests to earn Refining Stones and get up to 13 Orbs from the related Log-In Bonus! #FEHeroes pic.twitter.com/OqA1ynki7t

These Allies will net users either 20% or 40% bonuses, depending on which missions are undertaken. Should you be lucky enough to accumulate a lot of points during these Tempest Trials, special 4-star and 5-star versions of Eliwood, the Devoted Love, will also available for you to acquire.

For those new to the game or unfamiliar with how Tempest Trials work, players are usually tasked with clearing a series of high-difficulty maps. Those players that manage to clear out maps repeatedly are bestowed with higher scores, which will in turn help improve the odds of obtaining a special reward. As tough as this may sound, difficulty levels are available to ease the player into each event.

Breath of Destiny will be available for Fire Emblem Heroes players from now until Feb. 28.