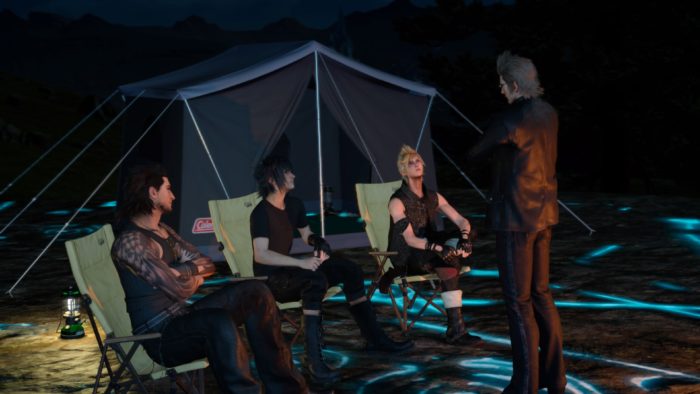 Final Fantasy XV has seen a ton of content added on since its release in 2016, but there’s still more to come. Recently the game’s director, Hajime Tabata, attended a fan greeting event and he had a few questions to ask everyone. One fan that attended the event shared a bit of what Tabata said, and thanks to Siliconera for pointing it out and translating.

Twitter user @yukkii_3025 says that during the event Tabata asked the attendees, “Do you guys want to see a super happy ending?” He then went on to ask, “How about the opposite, a super bad ending?” Yukkii says that looking at fan reaction, Tabata has more or less decided on the happy ending.

Considering there’s still four more character episodes coming for Final Fantasy XV, it’s not unreasonable to think taht we could see new endings, especially considering the multiple endings found in Episode Ignis. For anyone that finished Final Fantasy XV, it would be nice to see a super happy ending, and considering how much the fanbase loves these characters it wouldn’t be surprising to see it happen. However, based on Tabata’s previous projects like Crisis Core and Type-0, both of which had fairly sad stories, it also wouldn’t be unreasonable to see a super bad or depressing ending.

Final Fantasy XV is currently available on PS4 and Xbox One. The PC version “Windows Edition” launches on March 6 along with the Royal Edition and Royal Update which adds even more content onto the game, like a new dungeon in Insomnia.