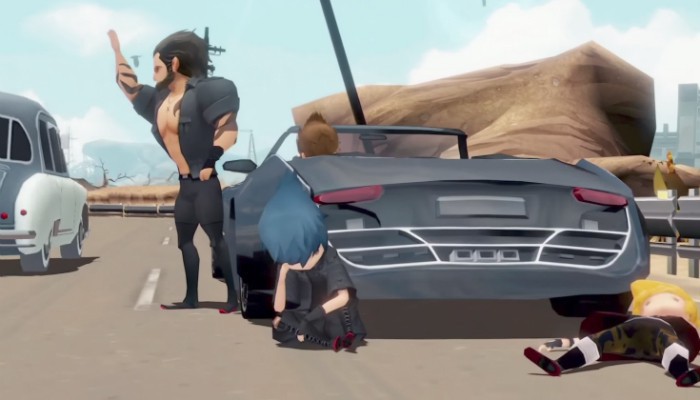 Final Fantasy XV is an enormous RPG with so much to do it might make your head spin. But you don’t have to play the game at home on your favorite console if you don’t have the time. Square Enix has condensed the entirety of the game into one pocket-sized title for you to carry along with you everywhere you go, and it’s out now on iOS and Android. Final Fantasy XV: Pocket Edition is out now!

The game has a new launch trailer to go along with its debut, as well, even though the big launch was actually yesterday. It went live ahead of its projected Feb. 9 release, so if you snagged it then you’ve probably had a little extra time with the game. You’ll know that it’s a great way to downsize the regular title without sacrificing its charm and all the various things there are to do.

If you haven’t seen it yet, check out the trailer below for a glimpse at what to expect. You can download the first chapter and play it for free, but it’s $19.99 to grab all 10 episodes. Not bad for what’s essentially the same story (and much of the quests) from the console “big brother” version.

If you try out the game, let us know what you think in the comments below, and if you prefer the mobile version or the regular game!