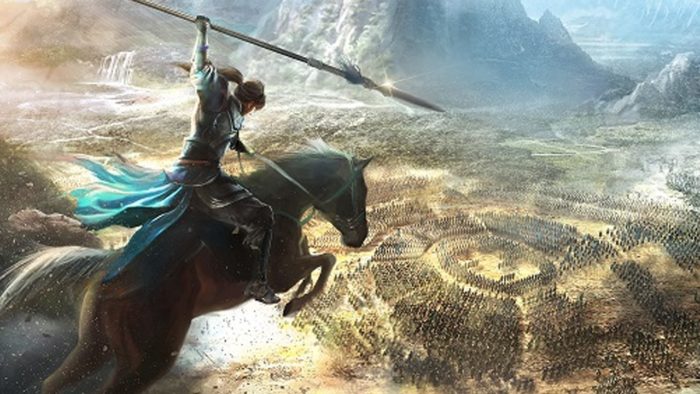 Feudal Chinese warfare is back and with a whole new look to boot. Gone are the streamlined levels; Omega Force has taken notes from massive AAA series like Assassin’s Creed and The Witcher. There’s a sentence I never thought I’d write. However, with Dynasty Warriors 9 changing up the series in such an over-the-top way, will players still find the iconic gameplay they’ve grown to love over the past 21 years? Yes. A resounding yes. The answer’s yes.

Okay, let’s get this out of the way now. If you’re not a fan of the basic premise of Dynasty Warriors, this one still won’t sway you. A lot of the reasons for people to dislike the series are still present. You’re still mashing buttons for combos, oftentimes the same button. You’re still just senselessly killing waves of enemies. The voice acting is still corny, and everything still moves arcade-y as all hell.

But, listen, I’ve had a dream for about 14 years now (bless Wikipedia, for allowing me to look up release dates so I can sound so absolute); I have always wanted an open world Dynasty Warriors game. I’ve wanted it to let me roam around, visiting all the ancient locales that I had heard so much about thanks to the series, making friends with feudal warlords, having a home and duties to partake in. Yes, I’m describing a hybrid game, thank you for noticing. I have wanted Romance of the Three Kingdoms and Dynasty Warriors to combine so badly for more than half of my life at this point. And while this isn’t Dynasty Warriors 9: Empires so we’re not quite at that level just yet, it is still so promising and refreshing to see the series go in this direction.

Instead of starting a level and going through a single battlefield like in the past, you’ll have the entirety of China to accomplish different things within. For example, one main mission for Chapter 3 might take place in, let’s say Xuchang. But the second main quest in that same Chapter could need you to travel to Luoyang. The same goes for any of the side quests that serve as optional missions for you to complete. They’ll be scattered all over and it’s up to you to either fast travel or ride your horse on over there. So, while I might be talking about the game in terms of “Chapters” nothing works like it did in the past games. Those chapters only serve to break up the Three Kingdoms story into palatable sizes. It’s really liberating to be able to tackle all of these different missions in an open world instead of having to merely defeat the main enemy commander in a single level.

All that being said, while the land is vast in the game (took me almost 30 minutes to cross it), that doesn’t mean much when there’s not a whole lot populating the space. China is your oyster, but there’s not much to slurp up. Traditional open world games offer players all this abundant space to roam around in, but that’s because there’s a whole lot to do. In Dynasty Warriors, there’s really not too much besides slashing people up. Even the new activities like fishing, cooking, and hunting don’t offer enough fun in the gameplay department for the real estate to be worth it. In fact, hunting is ridiculous with a bow, and that can be attributed to the controls.

The controls pissed me off a lot. Too much. I’m used to Dynasty Warriors, but when you place the game in a world that looks like it’s trying to emulate Assassin’s Creed, it needs some kind of polish. You can’t get away with the same ol’, same ol’ anymore. The horse needs to not have a a seizure when I’m riding over a rock. Climbing a mountain with the grappling hook needs to not look like it’s been designed in the early 2000’s. Polish, all around, would have done the game a whole lot of good.

There’s an exuberant amount of non-animated cutscenes (I mean to say the ones where characters are just standing with text boxes, you know the ones). There’s probably seven voice lines for the random officers (that don’t matter enough to have names) that you’ll hear 500 times over during your 20-ish hour playthrough of the story. And do not even get me started on how there’s no multiplayer, even though this would be so much more fun with a friend.

That’s all exactly why I think the game is exciting more than it is really good, if that makes sense. It’s exciting that this is the direction the series is heading in, even if this first attempt needs a ton of feedback and reworking. The open world fits perfectly, and it’ll be hard to return to the old ways. The progression in the story mode is super fun and unique. I loved having a main mission within a chapter to accomplish, but different optional quests to complete in order to make said mission easier.

Just to give an example, let’s say we’re playing the Battle of Chi Bi as Wu. The main mission was to beat Cao Cao in the battle. But before going to Chi Bi to board the boats that would take me to that naval battle, I could do side quests that fit in line with what happened. Stuff like “Collect 10,000 Arrows” which had me fooling the enemies into shooting my boats so I could steal their arrows, or “Pretend Huang Gai Defected” which had me beating up Huang Gai in front of spies so that they’d believe he’d actually defected to Wei. Every quest fit in line with what actually happened, and it was awesome to go through it all. Even besides the benefit they held, making the main mission easier to complete.

I loved that it tied so much more than any other game in the series has with The Three Kingdoms history before. This might be annoying to some, though, because it means a ton of cutscenes. The game’s deceptively long as it is without counting those in. As I mentioned, it took me about 21 hours to go through all 13 chapters available. But that doesn’t include doing a lot of the side quests, nor does it account for the 90 different characters you can play as. I’m willing to bet this is the longest in the series.

Also appreciated are the attempted changes to combat in Dynasty Warriors 9. It’s cool to have stronger hits designated to R1/RB and either Square, Triangle, Circle, X or X,Y,B,A. They serve as a good break in the monotony of pressing Square/X constantly, with the occasional Triangle/Y thrown in. Granted, I often forgot and was stuck to my old ways anyway, but it’s good to have the option if I wanted to be a better player. And the decision to let you finish an officer off with one hit when you’ve landed enough attacks and they haven’t gotten anything on you is *kisses fingers like as if it’s a really good pizza* divino! The action is faster, and the challenge is upped with the leveling system added in. Those RPG elements will get you if you’re not paying attention to your level versus the enemy’s.

Really, I loved my time with Dynasty Warriors 9. This is a defining moment in the series history, and I really hope they don’t decide to drop this entire idea altogether. Instead, if Omega Force polishes the game even further, this niche series may finally open itself to the mainstream market.