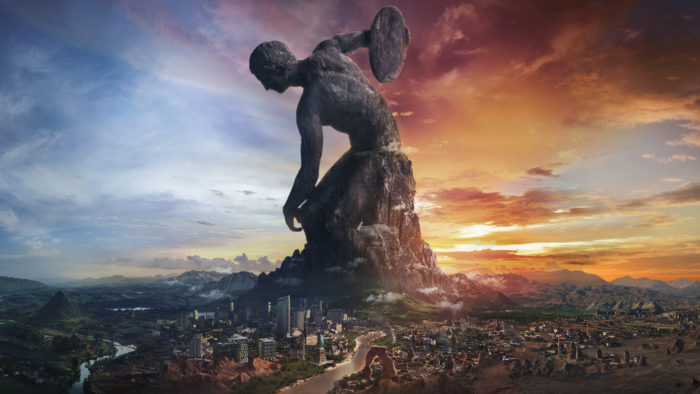 I’m the guy who wrote Twinfinite’s review for vanilla Civilization VI, gave it a 5/5 and nominated it for our Game of the Year in 2016. So if you ask me, the game was already fantastic (obviously) and anything it wants to throw on top of what was already there is just gravy. The only problem is that because I was so enamored with the vanilla experience to begin with, whatever 2K and Firaxis is offering with Rise and Fall has to be pretty damn good in order for me to recommend players pony up more cash to add it on. So without further ado, let’s break down the most significant and noticeable new features.

The two most obvious and just about unavoidable, and impactful features in Rise and Fall are governors and city loyalty. Let’s start with governors. Governors are new “NPCs” (I’m not sure what else to call them), that are earned and upgraded through new Governor Title points. These points are earned naturally throughout playing (researching civics, and certain wonders primarily), and can be used to either recruit new governors, or upgrade ones you’ve already recruited. Each governor has their own particular set of skills. There’s a militaristic type, a researcher, a city planner, etc. And if you’re playing smart, you’ll likely pick ones that will support the win condition you’re going for. For example, nabbing Moksha, The Cardinal, will provide you with helpful boosts that will aid you in a religious victory. With that said, though, the choices on governors you pick will be pretty obvious and not require much thought.

Governors go hand and hand with city loyalty, another new feature, as they are an important factor in gaining a city’s loyalty. City loyalty ebbs and flows depending on a number of factors, but is primarily determined by the proximity of a city to your rivals, whether you have a governor assigned, and what age your civ is currently in (another new feature we’ll break down later). If you tend to pack your civ in close together and focus on more peaceful win conditions, then loyalty is more or less pretty easy to maintain provided you’re playing effectively. It becomes more challenging and interesting when you’re going for a far reaching empire across multiple continents or conquering other cities. You might be able to keep everyone together when things are going well, but if you fall into some hard times either through a failed war, or a dark age, expect your empire to crumble.

However, unless you’re playing yourself into a scenario like the one I described above, these changes are just more stuff to keep you busy in a long playthrough rather than game changing mechanics. This isn’t necessarily a negative. When you’re in a marathon game, having more stuff to keep your eye on and consider is welcome. Besides, as someone who liked the vanilla version for what it is, I don’t want anything to mess with it that much. As it stands, they are both neat additions that add some more complexity especially for players that have empires that span the map.

Ages are another highly touted mechanic in Rise and Fall. There are now four ages your civ can be in while playing: dark, normal, golden, heroic. You’ll earn points towards an era score, which reset at the start of each era (ancient, modern, etc.), and will determine what age you enter. You earn points toward your era score by going out and actually accomplishing things: building wonders, winning battles, establishing governments, recruiting great people, stuff like that.

If you’re stagnant or worse, declining, you’ll be punished by entering a dark age which makes it harder to keep your empire together by reducing city loyalty. If cities get angry enough, they will actually leave your civ, become independent and may even join another civ (Texas style). If you’re proactive, the game rewards you with a golden age which has the opposite effect: letting you expand more easily without worrying too much about loyalty. In any scenario, you can pick a dedication, which allows you to set a policy essentially that rewards you with more era score in the following era. For example, the To Arms! dedication will reward you with era score for succeeding in battles. Pick that one if you’re planning a major war to keep your momentum going.

Although it might feel like it’s punishing weak play too much (or helping the rich get richer), Civilization VI: Rise and Fall balances it out by making it easier for those in a dark age to climb out, and making it harder for those in a golden age to stay in it. And if you enter a golden age from a dark age, it will actually be a heroic age where you get three dedications instead of one.

The system works well overall and adds something else you’ll need to consider while playing. However, Rise and Fall pushes the cycle of ages a bit too hard. In my time playing Rise and Fall for this review, I was almost never in a normal age. It was constantly something like Golden, Dark, Heroic, Golden, Dark, Heroic, to the extent where, in my experience, I essentially could plan ahead. It doesn’t ruin anything about Rise and Fall, and again, it’s another welcome feature that adds more to think about, but if it were up to me, I’d prefer normal ages to be the standard, and have dark, golden, and heroic ages feel more like you earned them.

Finally we get to enhanced alliances and emergencies. This where I started really getting into Rise and Fall. My major sticking point since Civilization V has been that diplomacy needed more nuance, and more complexity. Between Civilization V, VI, and all the expansions, the series has taken baby steps to providing that. Rise and Fall doesn’t focus on diplomacy, but the tweaks to alliances add another step in the right direction.

With Rise and Fall you can negotiate alliances with other civs based around goals such as scientific research, or military. If you stay partners with those civs, your alliance will strengthen and bonuses associated with the pact will increase. Rise and Fall also adds Emergencies, which add more drama and urgency to events that happen in your game such as a nuclear strike, forcing you and other civilizations to react on the fly and cooperate on a whim.

These kinds of additions, even more or so than governors and city loyalty, add to the tales you create in your head as you’re playing, and enrich the game’s realism. Although more stuff is cool too, the additions that help make my game feel more alive and real are what I’m looking for in a Civilization expansion.

Overall though, Rise and Fall is a worthy expansion. There’s a lot to sink your teeth into and keep you more busy than ever while playing, even if some of it is a bit more on rails than you might ideally want it to be. If any of the new features really speaks to your play style, there are of course new civs that take advantage of them. As long as you enjoyed vanilla Civilization VI, Rise and Fall won’t disappoint you.