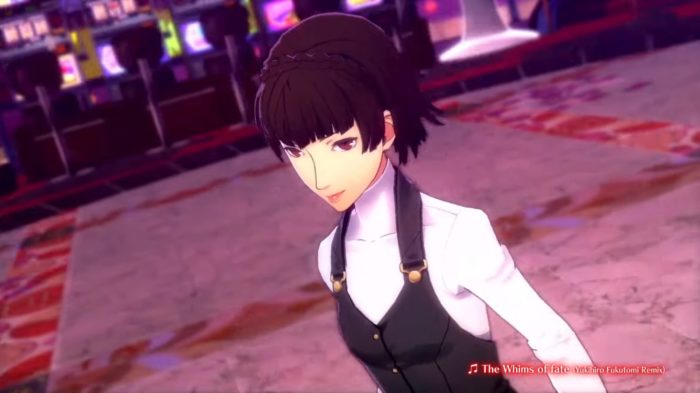 We’re closing in slowly but surely on the release of Persona 3: Dancing Moon Night and Persona 5: Dancing Star Night, and this time around two fairly popular characters are being showcased: Persona 3’s Aigis and Persona 5’s Makoto Niijima. Two excellent choices, to be sure. Last time around, we saw Junpei and Ann cutting a rug, which was probably enough to launch more than a few preorders.

Persona 3: Dancing Moon Night and Persona 5: Dancing Star Night are scheduled for release in Japan this May 24, but there’s plenty of info and footage to pore over ahead of the game’s debut. It’s coming to both PlayStation 4 and PlayStation Vita, so you can either take it with you on the go or play it at home on the big screen, snug in the living room. Recently, there was an announcement that there would be some sort of PlayStation VR functionality, but there isn’t a lot of information floating around on what exactly that entails.

For the uninitiated, both games have you dancing the night away as some of your favorite characters from both Persona 3 and Persona 5, and while the games don’t have the same kind of story mode that Persona 4 did, they’re still both worth checking out, especially if you like spinoffs.

Baldur’s Gate 3 Will Have Romance Options