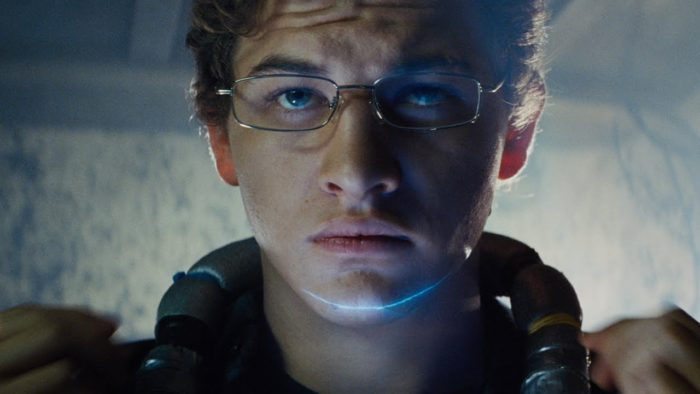 The upcoming film adaptation of Ernest Cline’s novel Ready Player One is a bit of a loop—Cline was inspired by the films of legendary director Steven Spielberg, and Spielberg in turn adapted Cline’s book to the screen. A new video featurette has Spielberg describe how his previous works have informed Cline’s VR-fueled vision of the future.

“Virtual reality will be a super-drug,” according to Ready Player One’s dystopian society, with characters looking to escape from rough economic times. Cline’s story has characters inhabit the “Oasis” virtual reality space, where pop culture references are spread throughout. The Oasis becomes a sandbox for “super millennials” to play with their favorite toys from films such as Back to the Future—the first trailer for the film contains a litany of references to films, television shows and video games from yesteryear. We noticed characters such as the Iron Giant and Freddy Krueger, but expect many more in the final film.

Spielberg appears to be cautious in not being too self-serving, with not too many references to his own works such as E.T. and Jurassic Park. Instead, expect cameos from classic video characters like Duke Nukem and even recent ones such as Tracer from Overwatch. These references are less cutesy than say, ones from Wreck-It Ralph, but more so commentary in youth interest and obsession of popular culture from the past.

“Cline is such a visionary,” Spielberg continues, “and I think has seen the future before any of us possibly could even imagine it.” With our current popular culture obsession with the 1980s, and with virtual reality technology on the rise, Cline’s vision might not be too far off.

Ready Player One will hit theaters this year on March 30.