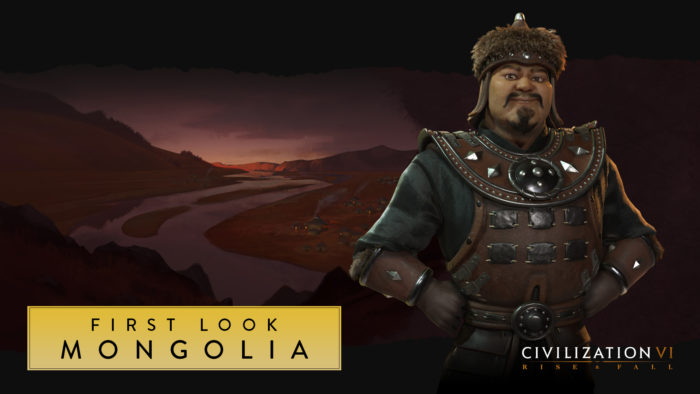 Ghengis Khan will ride his way back into the Civilization franchise in Civilization 6’s upcoming expansion Rise and Fall.

Ghengis Khan leads the Mongol Empire with a considerable emphasis on cavalry strength. His unique leader ability, Mongol Horde, allows all Mongolian cavalry units a combat bonus against enemy cavalry with a chance to capture them as well.

The Mongolian unique building is called the Ordu, which replaces the stable and grants extra movement for cavalry units trained in a city with the structure. Additionally, their unique unit, the Keshig, are ranged horse-archers that grant additional movement to allied units passing through them.

Finally, their unique civ ability is called Ortoo, which creates an instantaneous trading post when choosing a trade route and allows for increased diplomatic visibility.

Check out the first look at the Mongols and Ghengis Khan below:

So far, the other leaders that have been revealed to appear in Rise and Fall include Queen Wilhelmina of the Netherlands and Queen Seondeok of Korea.