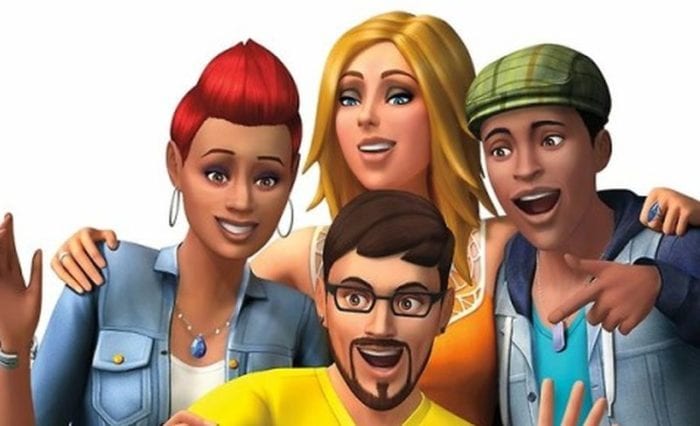 Look, let’s get it out of the way; The Sims 4 is better on a computer. If you have a PC or Mac that can run The Sims 4, you’re good. Get it on your PC or Mac. I can wholeheartedly recommend it on a computer. In fact, here are the minimum requirements to play it. Odds are – if you have a PS4 or Xbox One – you have a laptop that can probably run the game. Here’s a handy link to a site that will check the computer you’re on and let you know if you can run any game in case the following information means nothing to you.

Now that we have that all out of the way and you understand fully that the computer version of The Sims 4 is obviously the optimal choice, we can get into the console port.

For the sake of transparency, I’m a massive Sims fan, having played the series since the first release in 2000. I spend hundreds and hundreds of hours on each one, and my primary reason for wanting the console port is to collect PSN trophies and have an excuse to start a whole new family line. I knew that the controls would be weird, but even so, it’s still the same ol’ Sims 4.

Now, this can be troublesome for people that have already experienced the game with the 21 packs of additional content. Four packs if you’re just talking expansions. No matter how you count it, though, we’re talkin’ tons of content that has been erased if you’re an experienced player. It was amazing going back to just vanilla TS4 and seeing just how small the selection of couches was. The console versions will get the packs eventually in the form of DLC, but they won’t catch up to PC for a while.

What I’m basically saying is, if you’re a computer player of the game already, there’s no reason to play this unless you find yourself next to your consoles more often. There’s so much more content, much better controls, and so many more possibilities with the mods readily available for you right now.

Also, the UI for the game is weirdly cut off before the edges of my TV screen and it really bothers me.

If you’re completely new to The Sims 4 and cannot get it any other way, then it’s an entirely different story. I highly recommend The Sims 4 as an experience that no gamer (or non-gamer) should miss out on. To sweeten the deal, let me ask you a series of questions. Do you love the idea of playing a family and deciding how their lives play out? Are you a fan of games where you seemingly do everyday stuff that should otherwise be boring but yet is somehow a massive time sink? Are you wont to get drunk with power? If you answered yes to any of these questions, The Sims 4 is for you!

All you’ll be doing is controlling sims (virtual people, think Reboot) and either making sure they’re successful or hot messes. You can build buildings, houses, and parks. You can create whole families either from people you know in real life, or strictly from your imagination. That’s it. The glory and fun of The Sims is that you make up your rules and how you play. The possibilities, as such, are endless.

And, if you’re like me and have zero imagination, the community has made up a ton of “challenges” that you can do to change up your gameplay. Want to create an asylum of crazy sims? You can. Want to make a black widow type of sim that can’t seem to keep a spouse alive? You can. Want to create the most interesting sim in the world with every skill maxed out? You can. Or, of course, you can just make a regular family with very minimal drama.

With The Sims 4, the choice is yours and how you play or have fun with the game is entirely up to you. The tools are all there, but you’re in charge of how your gameplay is built. It’s been the mantra of the series for as long as it’s been around, and it still totally works. There’s a reason the series has a massive fanbase that constantly creates, and shares, and communicates about their love for the games. There’s also a reason that, despite a very rocky launch, the fans are still around. It’s because the game is an open sandbox that allows you to do whatever you want within its vast confines, and it’s honestly hard to never get tired of it. Despite me thinking that the port doesn’t live up to its PC counterpart, I cannot recommend it enough if you’ve yet to experience the latest entry in the iconic series.