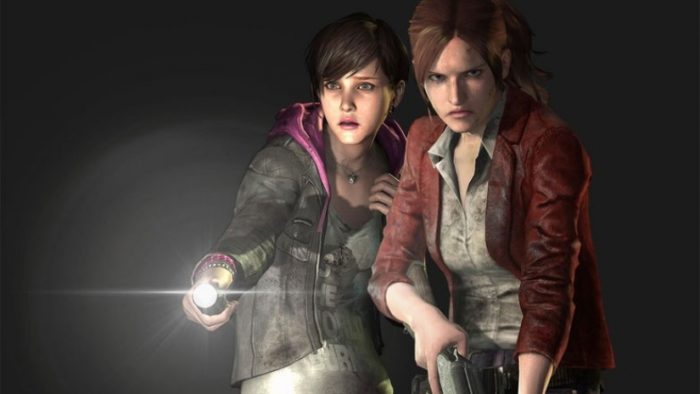 The two Revelations spin-off games mark the start of Resident Evil’s Switch career, and they’ve left me at a bit of an impasse. Over the past week or so, I’ve sunk a fair amount of time into both games. After a bit of deliberation, I’ve decided that Resident Evil Revelations 2 is the more interesting title of the pair to talk about, simply because it’s the most recent game (Resident Evil 7 notwithstanding), and it was originally released on the PS4.

That’s not to say that the original Revelations isn’t worth checking out on the Switch. It’s almost identical to the PS4 port (of the PS3 HD port of the original 3DS release) from earlier this year, but with the added portability factor. All the original content and DLC is there, and I found that my experiences with the game were pretty similar on both current-gen consoles. It runs smoothly, but all its warts and blemishes are still clear as day on the Switch. You can check out my thoughts on the recent PS4 version here.

So, Resident Evil Revelations 2. Released in four episodic parts on PS4 and Xbox One back in 2015, it was a huge improvement over its predecessor. Character movement was improved and felt more fluid, the gunplay was less unwieldy, and it brought back some fan-favorite characters we hadn’t seen in years: Claire Redfield and Barry Burton. It also introduced two new strong newcomers in the form of Moira and Natalia, and Revelations 2 had a pretty damn strong story packed with exciting moments, and also tense encounters where resource management became crucial.

The game’s Switch announcement was thrilling, but I was also skeptical with the knowledge that Nintendo’s new console wasn’t quite as powerful as Sony’s PS4. I wondered how well it would perform, particularly given the technical compromises made to other Switch ports, such as Doom. The overall verdict for Revelations 2 is simply this: the game is playable on Switch, but it’s also a far inferior experience to what you’d get on PS4 or Xbox One. I’d expected there to be some downgrades in graphical fidelity and performance, sure, but the gulf between the Switch and PS4 version (which is the one I originally played) was simply too great to be ignored.

If you’re looking purely at the graphics, Revelations 2’s actually quite pretty on the Switch, whether you’re playing in docked or handheld. The pre-rendered cutscenes look almost just as good here as they did on PS4, and the in-game animations and scenes are also pretty well-done. The original game fell victim to some bland-looking environments and muddy textures, so it’s no surprise that it’s the same for the Switch version as well. Some of the environments look unfocused when you’re staring a little too closely, but you can take comfort in the fact that the PS4 version wasn’t that much better off either.

The flaws really start to show through when you start playing the game proper. The frame rate is inconsistent, only ever staying at 30 when there’s not much action going on. But when you’re in combat, you can expect jerky and imprecise aiming. The performance really suffers in action-heavy sequences, and this issue persists whether you’re playing in handheld or on your TV screen. These hitches and frame rate drops also occur when you’re out in open, more well-lit areas. There’s a sequence in the first episode, for instance, where Claire and Moira emerge from the prison and see a large grassy area. The game was certainly still playable, but the drop in frame rate was so jarring that it became rather uncomfortable.

Resident Evil Revelations 2 also suffers from serious pop-in. Though your characters never really move at breakneck speed even while they’re sprinting, I constantly found patches of grass randomly popping into existence even as I walked at a normal pace through an area. There was even one instance where a whole locked gate showed up out of nowhere just as I approached the next checkpoint. Occasionally, the side of a mountain would disappear completely depending on how I turned the camera or where I approached it from.

And we haven’t even discussed the long load times either, which are abysmal. Loading times as you start up an episode or go into Raid Mode are lengthy, sometimes taking a minute or longer. There was even one incident in the middle of an episode where I had approached an area designed to trigger a cutscene, but instead of transitioning smoothly, I was tossed into another loading screen before the cutscene played. It wasn’t a short load time either; it took another minute or so before I could finally watch that short cutscene revealing a new enemy type. Oh, and if you happen to die in combat, expect to sit through another lengthy loading screen. Fix yourself a drink while you’re at it.

The old bugs and glitches are still present here from the original release. Enemies can fuse into the ground, making it hard for you to hit them. All of these tiny annoyances add up to make Revelations 2 look shockingly unpolished on the Switch. However, there is one silver lining: the game’s Raid Mode.

While it will still take you a fair bit of loading to even start up Raid Mode and get into a mission, the mode holds up very well on Switch. The frame rate still dips here and there, but it doesn’t seem as bad as it does in the story mode. Surprisingly, splitscreen co-op works pretty nicely as well, and the frame rate seemed to remain largely the same whether I was playing solo or in splitscreen. It’s still choppy when you’ve got too many enemies onscreen, but at least the splitscreen functionality doesn’t make it choppier. I wouldn’t recommend playing splitscreen in handheld or tabletop mode, of course, but it works flawlessly when docked.

In fact, I’d go so far as to say that Raid Mode is probably the only saving grace of this Switch port. Because of the smaller maps and all the shooting that’s going on around you, it’s much harder to notice texture pop-ins and muddy environments. The frame rate is still something you have to contend with, but given the shortness of each mission and how enemies come at you in small waves, the choppiness is a little more forgivable, especially if you’re playing in shorter bursts. Raid Mode is a blast, and it’s still the one aspect that gives Revelations 2 true longevity outside of its campaign. Being able to complete quick missions, find new weapons, upgrade parts, and level up your characters on the go is extremely appealing, and is straight up the only reason why I’ll still be keeping this game on my console.

All in all, Resident Evil Revelations 2 is still a wonderful game on its own merits. It’s fun, it has a great story, and Raid Mode is still an absolute blast to play, online and offline. On Switch, though, it’s held back by a poor, unpolished port. If a downgrade in graphics was the only thing I had to contend with to get this game on Switch, it’d be easier to stomach. However, when you take into account all of its flaws including the inconsistent frame rate, horrendous texture pop-in, and ridiculously long load times, it becomes hard to recommend this port to series fans or newcomers. Compared to the poorly optimized Vita port from two years ago, the Switch is definitely the best way to experience the game if you really want it in handheld format. It just ends up not being as polished as we’d have liked it to be.

Whether you should pick up Revelations 2 on Switch ultimately comes down to what kind of player you are. If you’re a fan of the series who’s yet to experience this story, and you’ve only got a Switch to play it on, then yes, pick it up. You’re in for a treat. Revelations 2 is a consistently fun game that will keep you hooked on its plot all the way to the conclusion. But be aware that the port is full of little grievances that can test your patience. And if you’ve already played Revelations 2, it depends on how strongly you feel about Raid Mode. The campaign experience is way inferior to its PS4 and Xbox One counterparts, but portable Raid Mode can save the game if you get invested in it.