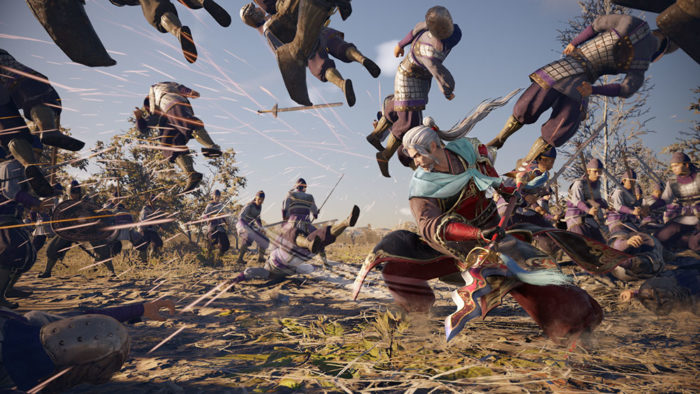 Dynasty Warriors 9 brings some big change to the series including a massive open world and a new State Combo system.Here’s a quick overview via Koei Tecmo

Dynasty Warriors 9, is a brand-new installment in developer Omega Force’s acclaimed series of action titles. Unifying the classic, time-tested “one versus thousands” action iconic to the Warriors series with a variety of new features, characters and content in an expansive open world environment, Dynasty Warriors 9 aims to deliver the most immersive and ambitious experience to date.

Closely following real historical events and figures, Dynasty Warriors 9 will have players experiencing the story of the Three Kingdoms by completing key and secondary events over ten riveting chapters – beginning with the Yellow Turban Rebellion and through the ultimate unification of China.

Anyone that pre-orders Dynasty Warriors 9 will get a bundle of seven additional costumes. This will include a Beijing opera-style outfit for Zhao Yun, and traditional Chinese undergarment styles for Guan Yinping, Diaochan, Sun Shangxiang, Lu Lingqi, Wang Yi, and Wang Yuanji.