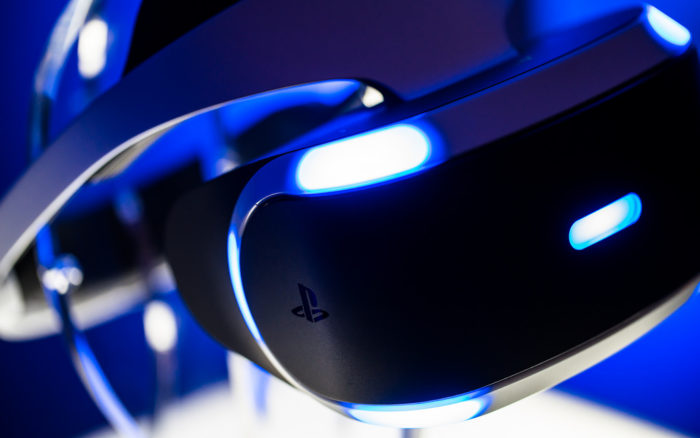 Sony would have fans believe that PlayStation VR still has a very bright future ahead of itself, especially with yesterday’s announcement that an updated version of the headset will hit Japanese retailers on Oct. 14 and a North American version will be arriving sometime after that.

Having debuted in October 2016, the PlayStation sold over 1 million units worldwide as of May 2017 – not a small achievement, considering the peripheral device costs $399.99. This puts the headset ahead of its two main rivals, the HTC Vive and the Oculus Rift, but behind the Samsung Gear VR, which has reportedly sold over 5 million units since it launched in late 2o15.

Among its competitors, it’s easy to make a case for the viability of the platform. But let’s put those numbers into perspective. Considering there’s nearly 60 million PlayStation 4 units out there, 1 million PlayStation VR units is probably not really generating a great return on investment for Sony. Sony Interactive Entertainment America president and CEO Shawn Layden himself is quoted as saying “It’s still just a million units.” The consumer pool is there, sure, but nothing is compelling it to go out and buy the headset in droves. It seems as though in consumers’ eyes, having a controller and great graphics is just enough to get by.

Typically, when the consumer base for a console is small, there’s not much reason for independent developers to create for the platform, let alone larger, well-funded studios. What’s the point in investing precious time and resources in virtual reality if the experience is only eligible to be enjoyed by such a narrow following? This was the same problem the Wii U suffered from not too long ago, and seems to be the direction in which PlayStation VR is going despite efforts to revitalize it.

Though the argument can be made that fans are getting support in the likes of Resident Evil 7 being entirely playable in virtual reality and Sony-published projects like Farpoint, there just aren’t many other publishers that are seemingly willing to take the risk on the platform. Fans are getting smaller, less labor-intensive products like The Elder Scrolls V: Skyrim VR and Monster of the Deep: Final Fantasy XV, but each feels like a run-of-the-mill add-on rather than a fully dedicated experience built from the ground up.

There doesn’t seem to be much confidence in PlayStation VR from the likes of Sony’s own first parties either. If the manufacturer truly believed in the product and saw it as a viable market, it would have top-tier teams like Naughty Dog or Santa Monica Studio working on new virtually reality titles. RIGS: Mechanized Combat League was made by Guerrilla Cambridge, but there should be more than that.

The nature of virtual reality in 2017 is also being called into question here, as some titles that are PlayStation VR compatible could very easily be played with a controller and a TV. Side-scrolling games like Moss and Star Child come to mind, as each looks as though it will use virtual reality as a technological gimmick rather than a better way to play. Developers shouldn’t have to reach to make technology work for them; rather, technology should enhance the experience of playing a video game.

Last but not least, Sony isn’t exactly known for its continued support of a piece of hardware after lackluster sales results. Though an argument can be had that yesterday’s announcement disproves that, history shows that the company would much rather let a peripheral die than rally efforts to reinvigorate it. Look at the PlayStation Vita and how much support from Sony its had since launch as evidence. As it stands now, the Vita is much more a device kept alive by independent developers rather than the people responsible for making it in the first place.

In many ways, PlayStation VR could wind up a lot like Disney Infinity. Despite being a leader in the toys-to-life market, the franchise just didn’t earn as much as its parent company had hoped, with its third iteration selling less than half of what the first installation sold, causing a 6% drop in stock value. It’s important to recognize Sony for the large, multimedia company it is, not just as a business that solely sells video game products like Nintendo.

It’s easy to believe that PlayStation VR will continue to have legs given how novel and cool it is and how a new model was just recently announced. Ultimately, however, the viability of a platform usually comes down to how well it performs at retail and how willing developers and consumers alike are to partake in it. Numbers can change and the industry remains as volatile as ever, so only time can really tell how long the headset will truly be kept alive.