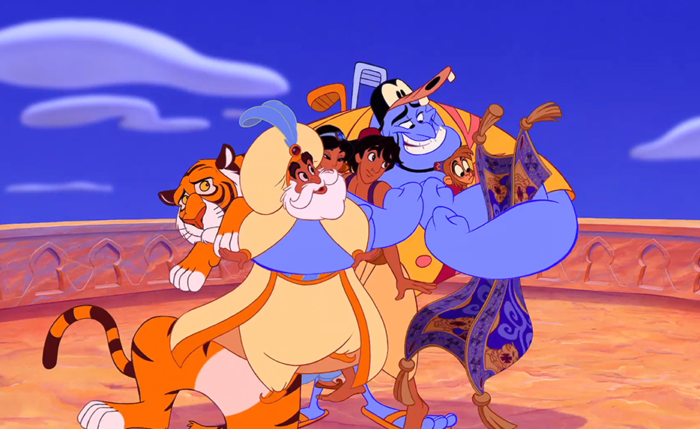 It’s no secret that a live-action adaption of Aladdin has been in the works, and we’ve known for some time who the main players would be. Mena Massoud was chosen to play the street rat turned prince and was quickly followed by Naomi Scott as Jasmin and Marwan Kenzari as Jafar. And not long after that, it was revealed that Will Smith would be the actor behind the lovable, wish-granting Genie who was originally voiced by the late Robin Williams.

Now the remaining cast members have been announced, including a few additional characters that weren’t in the 1992 Disney film:

The Sultan, of course, is not one of the new additions. He is Jasmin’s father and the ruler of Agrabah. But Dalia, Prince Anders, and Hakim are the newest characters created for this re-telling of the Disney classic, and it may have to do with a certain talking bird that is missing from the completed cast list. Iago, who was originally brought to life by Gilbert Gottfried didn’t seem to make the cut. Instead, Jafar’s former hench-bird may be replaced by Hakim, who is listed to be the villain’s right-hand man. It may also explain the character of Dalia, who will be a confidant to Princess Jasmin, which was a role that had been filled by her pet tiger, Rajah way back in the day. But it was not stated by Disney if, in fact, we would not be seeing these two former sidekicks in the film.

Prince Anders, however, doesn’t seem to be replacing anyone and is acting as one of Jasmin’s suitors who is hoping to marry The Sultan’s daughter. Whether he is in direct competition with Aladdin, aka Prince Ali, there is no telling yet.