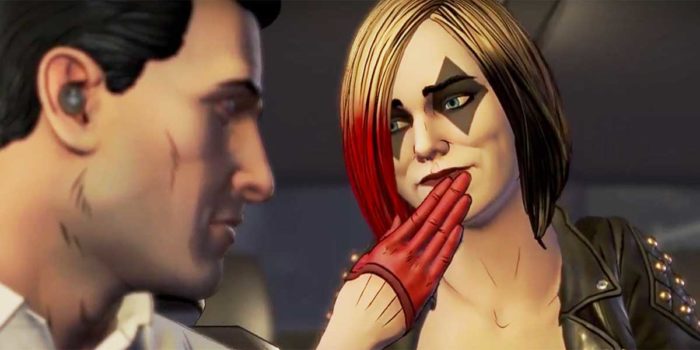 The second episode of Batman: The Enemy Within is coming on October 3, with the subtitle “The Pact.” Telltale Games has released a trailer detailing just some of the drama fans will have to look forward to and dissect at every turn as Batman becomes acquainted with Dr. Harleen Quinzel, otherwise known as Harley Quinn.

Bruce finally comes face to face with the “friends” John Doe has been clamoring about since the previous episode, but what does John Doe have up his sleeve? What’s actually going to go down with the prototype Joker and what’s Harley Quinn’s involvement in it all? If nothing else, it should be entertaining to see if Harley and John Doe have a relationship similar at all the Joker and Harley throughout Batman history.

Episode Two will be available for iOS and Android the same day it releases for the rest of the consoles listed above, as well as the first episode if you missed out on it.