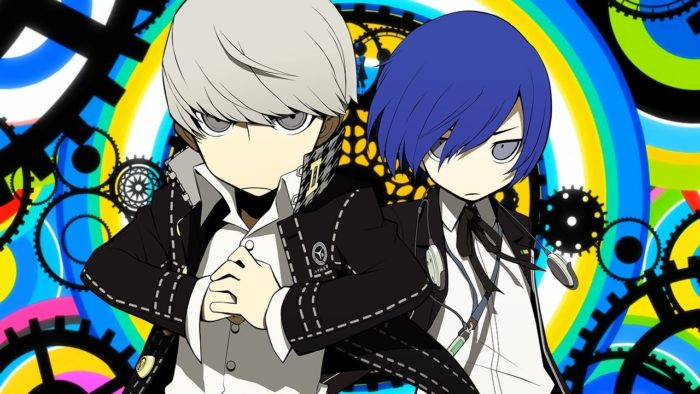 This week got the pleasant, although not all that surprising news, that the 3DS Etrian Odyssey inspired Persona game, Persona Q, would be getting a sequel. For now known as Persona Q2. Persona Q was fun and flawed, but ultimately succeeded at its primary objective: uniting the casts of Persona 3 and 4 in a way that made sense, and that fans would enjoy.

The interactions between fan favorite characters is what made Persona Q’s other, less admirable traits, worth the trouble. For example, watching Chie and Yukiko get in on the Junpei/Yosuke hate-fest with Yukari was hysterical, and seeing Mitsuru and Naoto put their big brains together to problem solve was a treat. In this regard, Atlus has already proven that they know what they’re doing. Although details are scarce at the moment about the plot, and about which characters will be involved other than the Phantom Thieves, fans should feel pretty safe going into the sequel. If it’s anything like the original, Atlus is going to overload you with fan service.

What we’re most concerned about is the gameplay itself, particularly the game’s difficulty. Instead of explaining Etrian Odyssey’s style in full detail right now, we’ll just give you the cliff notes. Essentially, battling is very similar to recent Persona games with the “One More” system, but dungeon crawling makes up the majority of the game. You’ll need to explore labyrinths while creating a map that you can use to quickly re-navigate and solve puzzles. That last part is important because when you return to your safe hub to heal up and get new equipment, you’ll need to start back at the beginning of your furthest floor. So without taking the proper steps to record your progress, you’ll start back at the beginning none the wiser.

There’s nothing wrong with that inherently. After an easy 80+ hours of Persona 5, many fans probably won’t mind a bit of a shakeup. The issue with Persona Q was the absolutely insane difficulty spike that occurs in Persona Q’s 4th dungeon, the Inaba Pride Exhibit. To this point in the game, the dungeon floor puzzles were challenging, but with a little trial and error, they can be overcome. However the Inaba Pride Exhibit forces you to question how badly you want to see the rest of the game’s story with your own eyes.

Even from the outset of the Inaba Pride Exhibit, there is very little room for error on its puzzles, and by the time you get about half-way to three-quarters through, nearly every step needs to be perfect, or else you’ll need to restart. If this were Persona 3-5, at least you could avoid enemy encounters, but that isn’t possible in Persona Q. It’s all random battle encounters, and to make it worse, without the use of a special item called a Disperse Amulet (that you need to unlock), the random battles are actually quite frequent. Not that you want to avoid a ton of battles anyway because grinding to a high level is important for keeping your stats high to survive longer before going back.

The trial and error on this dungeon is incredibly frustrating because of this. Let me paint the picture for you:

You’re trying to solve a puzzle that requires your every step to be perfect, spanning across huge sections of a dungeon floor. Every few steps you take, you run into a random battle which depending on your level, can be difficult, draining you of your life or potentially even killing you if you are under leveled at all. After the battle you heal up, take a few more steps, and here comes another one. This repeats, you’re hoping you’re doing the puzzle right as you plod along. You’re exhausting your team’s SP to keep your health high, and just barely get to the point where, if you did everything perfectly, you’ll be able to advance. You didn’t, you messed up somewhere, you need to start the puzzle over, but you can’t because you’re almost out of SP entirely. You’re not even sure what you did wrong and spent 10, 20, maybe even 30 minutes or more trying to figure it out with zero success. You retreat back to the start to try again.

If that sounds awful, it’s because it was. Unless you are a Etrian Odyssey fan, dungeon crawler aficionado, or have god-like patience, the Inaba Pride Exhibit was a wall that likely sent many players either over to YouTube for a step by step walk through (raising my hand here) or just gave up on the game entirely. Here take it from some YouTubers:

Oh my god. Thank you so much. This dungeon was killing the game for me, and if I couldn’t find a walkthrough, I was just going to quit. So thanks a lot for making this.”

“glaciemdraco 1 year ago
No offence, Johne, but this dungeon has to got to be my least favorite in this game. Even Tartarus is more reasonable than this dungeon ._.”

These puzzles are getting really difficult to solve without a walkthrough” Yeah. That’s exactly me. I just wanna play for the story. I got stuck trying to logically activate the first fucking lantern. I just said fuck it.”

That’s a few of the comments from a walkthrough of just one of the many brutal sections of Persona Q. If you want to see arguably the worst of the worst in action, give the below video a watch. Skip around if you want, just get a sense of it. There could be some spoilers in this video however, so watch at your own risk. It has been a while since I watched it in full myself.

This…. this cannot happen again in Persona Q2. As much as I hate using walkthroughs in any game, I sucked it up because after 30-40 hours of playing to reach this point, I was too invested. Too invested in the game’s amazing characters and the light-hearted and cheery story to call it quits. Following this dungeon, the game takes an incredibly dark turn. It was an amazing twist and payoff for not giving up, but it came at a cost of my sanity, and it makes me sad to think about how many players never had a chance to experience it. Luckily, the final dungeon is little bit easier than the Inaba Pride Exhibit, but it’s still rough enough to scare people off on its own.

We could go on here about how social links should be in the next game, and how random battles should be replaced, but really, we could live with all that as long as we don’t have to suffer through another Inaba Pride Exhibit-like level. Make the Etrian Odyssey games as hard as you want Atlus. However, the people checking out Persona Q2 are probably there for the fan service, so cut them a little slack will ya?

The Legend of Heroes: Hajimari no Kiseki Gets New Screenshots Showing Class VII Veterans on Famitsu