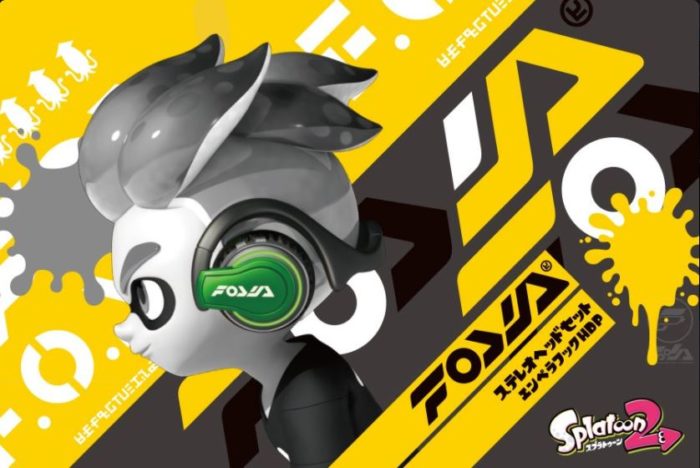 Voice chatting and Nintendo have never exactly been on the same page. While Sony and Microsoft both let pretty much anyone who can find a pair of headphones with a mic chat it up with other players, Nintendo wanted to be more thoughtful about the whole affair. It’s no secret that a lot of the company’s games are geared more towards families and younger players, and having children talking to strangers (old or young) who could potentially create a toxic environment has always been a major concern to Nintendo. It’s a logical and respectable position, but it’s also very limiting.

With a new console out, Nintendo is trying to make up for lost time in this space and at the reveal of the Switch it was announced that there would be an online service and a phone app that would govern chatting and things of that nature. It wasn’t clear how exactly your smartphone would fit into the equation until now, and it’s the most unnecessarily complicated thing we’ve seen used for console gaming in some time. How complicated you ask? Well let’s break it down really quick.

You first have a headset (seems simple enough as both the PS4 and Xbox One use headsets as well) that are either wireless, USB, or use a headphone jack. But, you must plug that headset into a junction box shaped like a squid (which I must admit is adorable) that then splits into two more wires. Those wires then go into two very important devices. The first is your Switch because Nintendo decided to not put any headphone jacks on either of its controllers (hopefully they revisit that design choice), and the second is into your phone. At first none of this sounds like a big deal, after all, you’re just plugging wires into devices. But do me a favor really quick – I want you to look at your gaming setup right now. Where your Switch is, where you normally keep your phone while gaming.

If you, like myself, see that your Switch is part of your entertainment unit, somewhere across a decently sized room, then a picture of wires crossing the room than splitting and leading to your phone may have given you a quick chill.

A chat headset, a piece of technology that is for the sole purpose of talking to people in a game – something that has existed for years in a much simpler form – is requiring you to be tethered to not one, but two devices, one which may not even be near you. And neither is optional by the way. You must plug into your Switch to talk to friends and other players, and you must plug into your smartphone since that’s where the app that actually hosts the conversation is located. If you don’t have a smartphone because you don’t like them, or because you spent all your money on a Switch and Splatoon 2, then you’re out of luck. It’s all just so unnecessarily complicated for something that should be as simple as plugging into your Switch and saying “hello” to your new teammates.

Also it’s worth noting that although smart phones will end up in more hands as time goes on, it’s not exactly a device that’s easy for a kid to have their own of. Many children that don’t have their own device capable of running this application will need to either borrow their parent/guardian’s or be completely out of luck.

The complication became more apparent when I looked at another gaming device I own, whose setup diagram was similar to that of the Nintendo Switch’s new headset. There, sitting on a shelf in my room, near my actual Nintendo Switch, was my PSVR headset. It, too, required me to link wires into two separate devices in order to make use of its capabilities. Yet, in the case of Sony’s virtual reality device, it’s a little more understandable given what the device is. It’s a headset that allows me to visit other worlds, to implant myself into video games in ways I’d never been able to do before.

This new gaming headset? It lets me do something I’ve been doing for years with the headphones that came with my Samsung Galaxy phone. Granted, I do have more expensive, gaming-focused headsets for serious sessions, but even those require nothing more than me either plugging them into my controller or syncing them via Bluetooth. There’s no fidgeting with my cellphone, no dealing with my console on the other side of the room. It’s simple, just like any conversation while gaming should be.

One of these let’s you play in virtual reality… the other is for talking.

I get what Nintendo is trying to do, I really do. And I applaud their efforts and their insistence on sticking to their guns. But, there must be a line drawn somewhere. These hoops that manufacturer Hori needs to go through to get this to work is just downright silly.

Innovation is meant to expand on something without making it overly complicated. It takes an issue and applies a simple solution. Chatting isn’t new, and over time the hardware and systems behind it have evolved to a point where this mess of wires really shouldn’t be the approach the company believes is the best. We’re just trying to talk to other players, there’s no need for the setup to resemble that of a VR headset.

Please Nintendo, we love your innovation, but not if it comes at the cost of becoming more of a headache than it really needs to be. The app powering chat really should be part of the console itself, and it’s still not entirely clear why that isn’t the case. One thing that is clear, though, is that having it elsewhere is putting Nintendo once again behind in an area where it really needs to step things up.