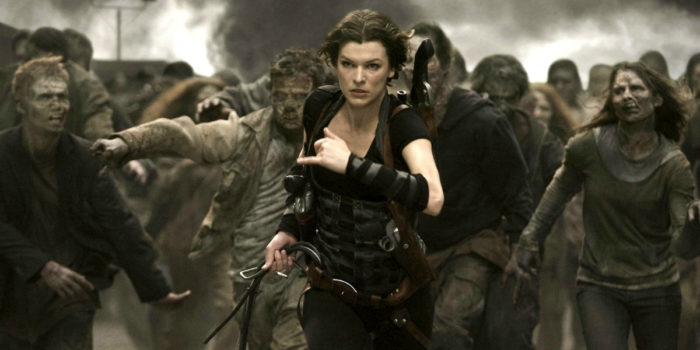 Despite all the chatter that the Resident Evil franchise was bringing its big screen run to an end, a reboot is indeed on the way and bringing an icon of the horror genre along with it. Deadline reports that James Wan will be producing the upcoming Resident Evil reboot for Constantin Film and Screen Gems. If that name sounds familiar to you, it’s because James Wan is considered nothing short of a horror film mastermind who has consistently brought delightfully horrifying films to the big screen for years. Throughout his career Wan has been involved with writing, producing or directing major horror films like Insidious, Annabelle, Saw and The Conjuring. While he has also been involved with action films as well, like the upcoming Aquaman movie, his vast experience with the horror genre is what makes his involvement with the Resident Evil reboot particularly exciting.

While the Resident Evil films have been able to bring in huge profits based on sheer fan loyalty, the movies themselves are widely regarded as mediocre at best. Wan seems to be a man with the potential to change that. One can only hope that having the mastermind behind horror films that focus on eerie environments, psychological thrills and a presentation that plays on our deepest fears, will ultimately allow the Resident Evil films to become just as iconic as the games.

Not to mention, now would be the perfect time for the films to receive some new life since the Resident Evil games have finally returned to their horror roots. For quite some time the Resident Evil games started to feel like they were tip toeing closer and closer to the action genre rather than being a true thriller that focuses on scares before action. Seeing a film that reflects that same change in direction and makes a return to Resident Evil’s very foundation could be just what fans of the long running series have always wanted.

So far, there has been no release date announced for the upcoming reboot.