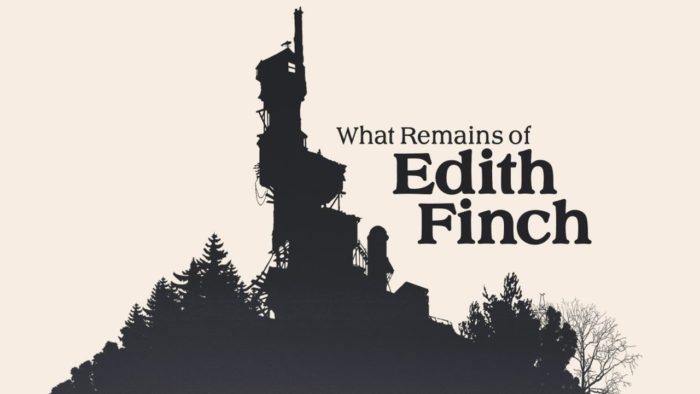 What Remains of Edith Finch on PlayStation 4 Pro

Video games have told stories in unique ways for over 40 years. Whether that be through spending time with a particular character for 50 hours or learning about a world indirectly through puzzles and objects, games can involve you in a story in ways that other mediums can’t. Giant Sparrow, the developer of What Remains of Edith Finch, introduced themselves with a tale of a boy named Monroe who chases after a swan that has escaped from a painting his deceased mother created, with The Unfinished Swan, but their new title tells a beautiful anthology of stories above love, death, and family in a way only video games can.

You, as Edith, return to the Finch family home to learn about the fates of the four generations that have lived there over the past century. The house has been built upon as the family grows, forming a labyrinth of corridors, hidden passages, and bedrooms. Each room is distinct and begins to paint a picture of the person that called it there own. Their belongings, strewn across the floor, tell us what they enjoyed and the state of the room establishes when they were alive. Edith explores the Finch household, reading stories told in magical ways, learning about how the supposed family curse effected each and every member of her family.

Giant Sparrow’s game leads you through the house, stopping in each room to see their story, all while Edith recalls the time she spent with each person and how they affected her personally. The way Edith’s story is told is just as beautiful as each tale of loss she reads. Her own feelings are written ahead of you as you wander through the house, adding context to the surrounding and helping you understand the people that once called it home. The text is positioned perfectly so that you don’t miss it and pushing open doors or staring out to sea make each sentence interact with the world. The way in which Edith’s thoughts are offered to us, piece by piece, and the pitch-perfect voice performance, connect each story and make every tale even more special. The writing is also exceptional, packing an incredible amount of thought and emotion into a single sentence.

Each individual story Edith encounters are where the game shines, however. No two tales are the same, each told in a way that perfectly matches the tone and characters at its center. The tone isn’t sad or depressing but playful and celebratory – skipping the grief and denial stages and going straight to acceptance. Each story is told as an allegory, telling us how each character died, yet not conveying exactly how. Since Edith isn’t overcome with sadness at the events of each tale, and the tone of each one promotes the opposite reaction, you don’t feel sad either. Instead you feel like you wish you knew each member of the Finch family more and could learn more about their life. That feeling isn’t created by the subject matter but by how it is portrayed. Yet no story loses the fact that it is ultimately about death. Each one’s conclusion reaffirms the fate of each person and that is made more clear by Edith’s reaction after each story.

The story of Lewis, Edith’s brother, is so playfully told yet the impact of its heartbreaking conclusion – one that we already know – is never lost. Barbara’s tale is one of the most unique and memorable pieces of storytelling I’ve ever experienced and it made me feel like I knew her at least a little. You will learn about Edith’s relatives through poems, letters, or diaries, taking advantage of each format’s strengths while celebrating other storytelling mediums. It weaves tried and tested forms of writing together to created a unique and wonderful style of its own. The stories also do not make you a passive observer but instead involve you in their plots. Whether that be flying a kite, attacking a seal as a Great White Shark, or taking pictures in the forest, you take part in how every tale plays out.

The game also does a tremendous job of immersing you in the world. The only buttons required are the thumb sticks for directional and camera control, and R2, which does everything from opening doors to scrolling through books. The lack of input, especially in the exploration focused section, allows the game to stay out the way of the narrative, putting all emphasis on Edith’s feelings and commentary. It makes the game feel more like one individual story that a dozen vaguely connected ones.

The end of the Giant Sparrow’s game is also just as powerful a story as each of the individual ones spread throughout the experience. It would diminish the impact to explain exactly what happens once Edith knows everyone’s story but there is a rather large elephant in the room that gradually makes its presence more clear as you progress through the game. It’s yet another gripping thread that Edith must come to accept, just like everything else that came before it, and that thread proves to be just as beautiful, if not more so, as everything that came before it.

There is only one annoying distraction in any part of What Remains of Edith Finch and that is a rare technical issue that can crop up every now and then. The frame rate can drop from time to time and pop in is quite obvious outside the Finch house and in the more detailed rooms. These issues are more prevalent in the opening fifteen minutes as Edith approaches the house and they become almost unnoticeable by the final moments. Thankfully, the stutters do not diminish the impact of any of the stories themselves.

Although What Remains of Edith Finch is a short experience, Giant Sparrow’s second game tells a beautiful and emotional anthology of stories, woven together by the titular characters equally touching tale. The allegories are unique and convey just what is possible from video games, in terms of storytelling and design.