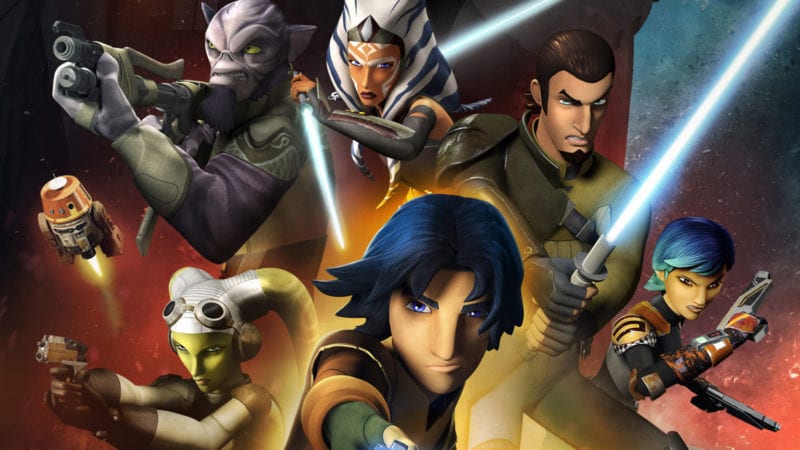 Today at the Star Wars Celebration event in Orlando, it was revealed that the Disney XD series Star Wars Rebels would be ending with the upcoming fourth season. Dave Filoni, joined by cast members Taylor Gray (Ezra Bridger), Freddie Prinze Jr (Kanan Jarrus), Tiya Sircar (Sabine Wren), Vanessa Marshall (Hera Syndulla), and Steve Blum (Zeb Orellios) also premiered the first episode of the upcoming season to the panel. They also showed off a new trailer for the upcoming season, and it looks bonkers and epic.

Speaking on the cancellation of Star Wars Rebels, Filoni stressed that it would his call, saying that it “felt right” and reminding attendees that he knows what it feels like to not be able to end a series on your terms (he worked on the Clone Wars series, which had five seasons on Cartoon Network). Still, Filoni appreciates the love and hopes to make this story in Season 4 “as meaningful as can be.”

Star Wars Rebels returns to Disney XD in the fall of this year for 15 episodes.