The Crow’s Eye on PC

One of the best things about video games, as a medium, is the way that players interact with interesting worlds and stories in order to create an all-around experience that delivers a combination of expectations and surprises. When I first jumped in to review The Crow’s Eye, all I knew about the title was that it was some manner of psychological horror. What I found as I progressed was something that was certainly more, and which challenged my expectations at several twists and turns through its story.

At its core, The Crow’s Eye is the tale of a dark and sinister experiment deep within a crumbling university, called Crowswood. Players begin the tale with little exposition or explanation about their surroundings, taking the only opening cues from a voice drifting in over the university’s PA system — one that sounds like it’s doing its best imitation of Mark Hamil’s Joker from Batman: the Animated Series. The game’s opening chapters are largely focused on exploration and discovery, with notes and audio tapes laying the groundwork for the story thus far alongside the shrill urgings of Dr. William Holtwick over the loudspeakers. 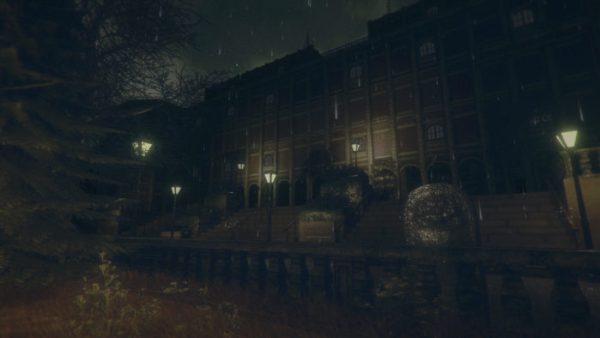 Perhaps the most confusing feature of this early going is that, as players discover more and more about the world, there’s no clear indication of their role in it. A number of names come up time and again in the audio tapes and scattered notes — at first, it seems as if you’re embroiled in a police investigation surrounding several students who’ve disappeared, but the deeper into the university you travel, the more sinister things seem to become.

Unfortunately, The Crow’s Eye seems to suffer a bit from a lack of identity. While the atmosphere and setting is firmly rooted in the horror genre, the actual gameplay seems to delve further and further into Portal-style puzzle-solving and platforming. While several of the puzzles are interesting and difficult, the disparity between the game’s ambiance and appearance and the requirements to move on grows further; there’s even a section that feels ripped directly from the Portal franchise, down to the large bold numbers painted on the walls and the complex jumping puzzles across decrepit architecture and moving platforms. 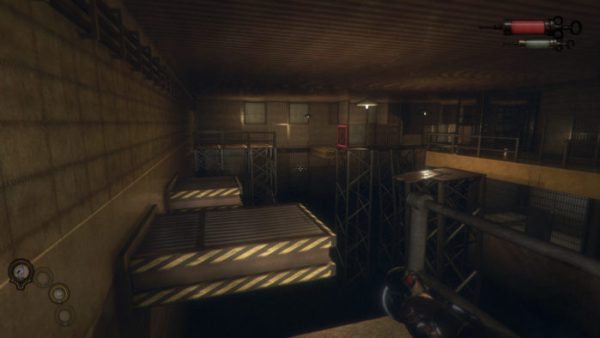 Of course, it wouldn’t be a Portal-style puzzler without some unique gear. While players spend much of the opening acts equipped only with a lighter to pierce the pervasive darkness, The Crow’s Eye does eventually hand over some more interesting tools, including lockpicks and a gas mask. The most useful and central to progression later on, though, is the electromagnet. Working as a flashlight and as an object-manipulation and movement tool, this critical piece of gear plays a leading role in many of the game’s latter-stage puzzles.

The biggest downfall, quite literally, that The Crow’s eye suffers from is platforming sections. The controls, while suitable for exploration and discovery, aren’t particularly well-honed for precision jumping, crouching, and weaving across moving platforms and other elements. This makes the stretches of the game that rely on these things more frustrating than they might be otherwise, and more than once I had to stop, close the game, and take a break before making another attempt. The game’s limited save-point system adds some to this frustration by sometimes forcing backtracking when the platforming gets the best of you. 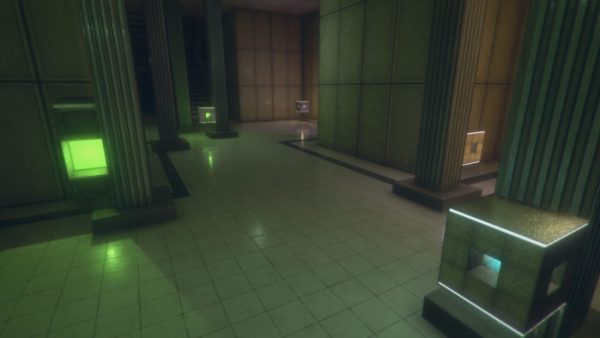 All in all, The Crow’s Eye is an interesting title with an interesting enough story, but with some hurdles to uncovering that story and the world in which it’s set. Its dedication to dangling the carrot of freedom — and the conclusion of the convoluted tale — is commendable, and players will spend much of the game feeling as though the end is just around the next corner or past the next locked door. Like the experiments its characters describe, The Crow’s Eye becomes a trial of how much players are willing to endure for that final piece of its puzzles. The Crow’s Eye releases March 20th on Steam.