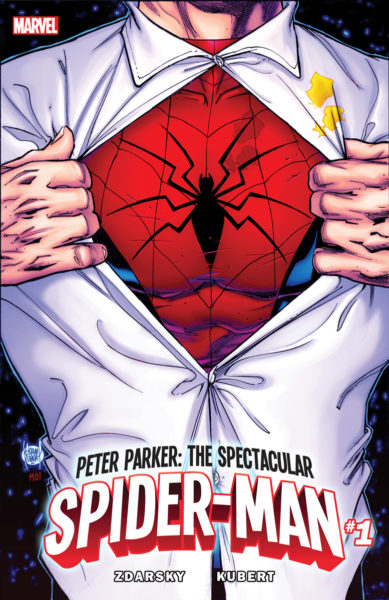 Peter Parker: The Spectacular Spider-Man, a series discontinued in the mid 2000’s is making a return. One of Marvel’s most popular characters, Spider-Man has had multiple on-going series throughout his history. From the original Amazing Spider-Man series to the more recent Avenging and Superior, the Spider-Man name has almost always enjoyed success. However, with Spider-Man 2099 (Miguel O’Hara) being stuck in the current timeline and the second Ultimate Spider-Man’s (Miles Morales) arrival after the events of Secret Wars, there were perhaps simply too many Spideys running around in one universe. Both have their own on-going series named after them, while Peter Parker continues his current run in Amazing Spider-Man. Amazing has drawn some criticism, as Peter has become a tech millionaire in recent years, a drastic change from his roots.

After the announcement of the original Scarlet Spider’s (Ben Reilly) return in a new series along with a poorly received costume revamp, it seemed the original Spider would never get a second book. Fans were torn, as Miles Morales’ Spider-Man was now seemingly the foremost Spider-Man, with Parker’s Spidey largely missing from event series like Civil War II (though he did get his own mini-series). Despite having cool new gadgets for Spidey to play with, a vocal part of the fanbase wished for stories not involving Parker Industries, and that’s exactly what the Spectacular line will be about.

Penned by Chip Zdarsky with art by the legendary Adam Kubert, Spectacular Spider-Man will still take place in the main continuity of Earth-616, sometimes referred to as Earth Prime. While this means Peter is still a millionaire and will feel the effects of the Amazing series, Spectacular will have the feel of older Spider-Man titles. In an interview with Entertainment Weekly, Zdarsky says that his series will be drawing inspiration from the 80’s and 90’s, where Spider-Man didn’t seem unstoppable, namely the introduction of characters like Venom and Morlun.

Peter Parker: The Spectacular Spider-Man will arrive at your local comic store in June, but a special lead-in story will be available during Free Comic Book Day on May 6.