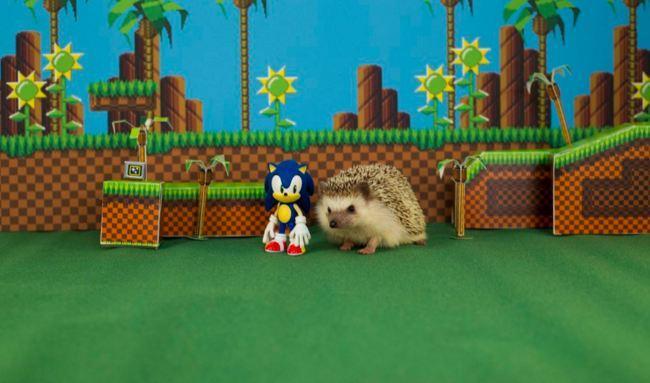 Sonic the Hedgehog was born for one reason and one reason only, to combat the highly successful platforming hero, Mario. Sega needed a mascot that was faster than Mario and would lead to fast sales of their systems. He’s had some great games over the years but he’s also been in some not so great adventures.

From Adventure 2 battle to Colors to Pinball, the games have been all over the place, releasing on like every console under the sun. His popularity doesn’t exceed that of Mario’s but Sonic is a household name that will forever be in people’s minds.

We’re getting a brand new 2D and 3D title this year that will hopefully bring the hedgehog back to form. We thought it would be a fantastic idea to go back in time and look back at the best and worst Sonic games over the years.

Sonic Mania and Project Sonic 2017 will release sometime before the year is up. Mania takes classic 2D stages and spins them on their head; it’s a throwback that will surely appeal to beloved fans of the series’ past. Details on these two games will be announced during SXSW on March 16. This panel will answer questions about both games, showcase a new reveal for each title, and will discuss Sonic’s resurgence in the world of gaming since the reveal of both games. Of course, with Sonic involved, who knows what other surprises might be in store?

The last big title to come out on consoles was Sonic Boom. It was poorly criticized and went on to be one of the worst 3D Sonic games.

These both games are planned for release on PS4, Xbox One, Nintendo Switch and Microsoft Windows.

Here’s the list of the hedgehogs best titles ranked by none other than Metacritic. Let’s see what was the best game according to critics and the worst.

Sonic is transported to the mysterious world of the Arabian Knights where he must go through this storybook adventure to collect the secret rings. There was also a multiplayer minigame collection that took advantage of the Wii's motion controls. Critics knocked off some points mainly because of the bad controls and camera.

The first Sonic game to come to the PS2, GameCube, and Xbox 360 generation. It brought in a new gameplay feature that let you have control of three heroes at once. There were multiple teams and stories to go through, featuring four different campaigns. It ended up being quite repetitive since you had to go through each stage four times but it was still a pretty fun game.

If I told you that BioWare once developed a Sonic RPG for the Nintendo DS would you believe me? The game mixed platforming with a turn-based battle system that was intuitive and lots of fun. The visuals of the game were sub-par mostly cause of the graphical power of the DS but there was tons of side-quests and new powers to obtain.

Sega took the retro, classic Sonic and put him in a game where he meets the modern 3D Sonic. Sonic Generations mixed up the best of both worlds, literally, You had your sidescrolling stages as well as fast 3D stages that let you blast your way through enemies. It was a fantastic title to celebrate the 20th anniversary with.

Sonic pinball is exactly what you would expect it to be. You shoot, tilt, and flip your way through 3 vibrant pinball boards full of Sonic, Amigo, and NiGHTS characters. Sonic's tables were deep and full of challenge and made this GBA pinball game a must-play.

Eggman's bulit an amusement park as an apology for hurting Sonic all of these years.... yea right. It turns out be a trap for Sonic and friends to bust their way out of. With the help of an alien race called the wisps, Sonic uses their power to mix up the formula a bit an add refreshing new gameplay mechanics that the series has never seen before.

Fast racing with Sonic characters and Sega characters alike. All-Stars Racing puts the fun into racing that was missing from serious racing titles. It may borrow some stuff from another certain kart racing game, but it takes the formula and makes it a little different for Sega fans.

The sequel to Sonic Rush, Adventure proves that a sequel can be as good as its predecessor. Using both screens of the dual-screen system made Sonic better than ever. Exciting 3D boss battles with great level design and two playable characters made Sonic Rush Adventure a treat for DS owners everywhere.

Still maintaining the classic Sonic gameplay that you're used to, Advance 3 adds teamwork into the mix with five characters. Team up with Amy, Knuckles, Tails, and Cream for some sweet special attacks. There was even a multiplayer battle mode that used the GameBoy Advance link cable.

Sonic Colors on the DS fared a bit better than it's Wii counterpart. The whole game is a sidescroller that uses both screens like Sonic Rush did. The fact that there were no clunky 3D parts of the game made it an overall better experience to critics.

The Xbox Live Arcade version of the third Sonic game was met with favorable reviews all around. This updated port added online play and leaderboards that (of course) weren't in the original for the Sega Genesis. Adding Knuckles to the cast changed things up and he played differently than Sonic, adding variety to the game.

The game that started it all, but now part of the 3D Classics collection on the 3DS. It has everything that was great about the original Sonic the Hedgehog plus some features like being able to save your progress and the spin-dash move that was later introduced in the franchise.

Coming out sixteen years after Sonic 3, this new Sonic game was meant to refresh the franchise and bring something to the table that would put Sonic on the map again. Critics thought the game was short and sweet, and it had everything that made the 2D platformer fun to begin with. Others complained that it was not worthy of the number four in the title because they felt the game was just rehashed Sonic levels put together into a somewhat okay game.

Sonic and the gang are back on the racetrack, but now with vehicles that can fly and go underwater mid-race. It's a love letter to long-time Sega fans that has tons of characters to choose from and a plethora of modes and unlockables.

Sonic CD brought together classic Sonic and new digital gameplay elements. Each stage lets you go through time and space which lets you experience each level multiple times, each one different from the other. It provided high replay value with various routes for exploration.

Playing as Sonic and Blaze across the dual screens of the DS couldn't have been more of a blast. The game's music, level variety, and the overall 'quickness' of the whole thing made this DS title one of the best Sonic adventures ever.

With graphics more vibrant visuals and solid character animations , Sonic Advance 2 challenged players on the GBA. This was also the first video game appearance of Cream the Rabbit, who doesn't love her?

Take Sonic at his best and add 3D graphics to it. Sonic 2 was the epitome of 2D sidescrolling games; it was fast, fun, and had non-stop action. The 3DS makes this classic the definitive way to play, even with its imperfections.

The GameBoy Advance sold so well that there had to be a Sonic game on there. Sonic Advance was that game and turned out to be one of the best 2D Sonic games ever. There were four playable characters who had different movesets. The game also had a mini chao garden where you can raise chao's to your liking.

The best 3D Sonic game of all time, Sonic Adventure 2. You can be Sonic, Shadow, Knuckles, Eggman, Tails, and Rouge. That first opening level of the game will be remembered by many people; the pop-rock music playing while Sonic is '"snowboarding" down the San Francisco themed stage is one of the best moments in gaming. For a platformer, this game was massive and took dozens of hours to finish. It was probably one of the biggest Sonic games ever with a camera that still didn't work right but stole the heart of fans everywhere.
Comments
Continue Reading
Related Topics:2017, 2d, best sonic, hedgehog, Heroes, Metacritic, sega, Sonic, sonic mania