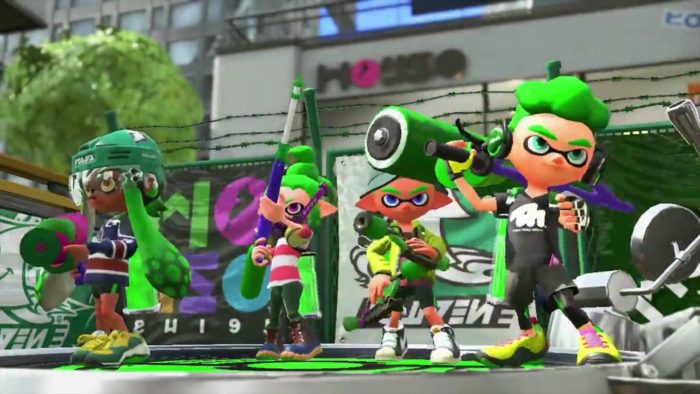 Nintendo’s Switch event took place at the end of last week and seems to have received a bit of a mixed reception. While the concept of the hardware is definitely interesting, fans seem to be a little divided on the system’s software. While the likes of The Legend of Zelda and Mario will be coming to the system, there didn’t seem to be a ton of titles outside of these that had players excited. Of course, more titles will come out as time goes by, but there’s something else more concerning regarding the Switch, and that’s its new online service.

Nintendo announced the Switch Online Service for the system during its Switch event, and it’s definitely looking to be an improvement over what came before it. Players will be able to talk with friends and strangers, receive free monthly games, set up play appointments with friends, and get access to exclusive deals. It all seemed like Nintendo was going in the right direction, until the finer details were uncovered.

Playing online on Nintendo systems has never been a straightforward affair thanks to friend codes, and an inability to easily communicate with others on your team. Unless, of course, you had added one another’s Friend Codes. For the Switch, Nintendo looked set to fix this, with its Online Service introducing online voice chat with friends and strangers alike. A feature that had previously been locked behind the Friend Code system. Unfortunately, however, in order to talk with others online, players will need to download the Switch Online Service app on their smart device in order to communicate with others.

Nintendo has since explained exactly why it opted to use the app for voice chat stating it “reinforces the capability to take your experience with you on the go… The ability to do matchmaking, voice chat through your phone, it’s a hell of a lot more convenient than having a gamer headset stuck into your backpack trying to do that. That’s why we’re doing it the way we are. We see the convenience, we see the ease of delivery. We think it’s going to lead to a better experience,” Reggie Fils-Aime told IGN.

While this certainly makes sense, completely removing this functionality from the system is quite the contrary. Give players the option to use a headset with their Switch when playing online. Get third-party accessory developers, such as Turtle Beach, on board and supporting the Switch. Make Splatoon 2 the esport franchise that it has the potential to be.

Relying so heavily on another device to handle the online lobby and chat functionality is something that not only suggests the console has been rushed out, but further complicates players abilities to just get online and have fun with friends. Oh, and you just know that using the app for voice chat is going to eat up your battery (and data usage if you’re not on Wi-Fi). Something that makes the argument of “reinforcing the capability to take your experience with you on the go” feel a little redundant, unless you’re able to tether your phone to a power outlet while playing, too.

Even without the Switch’s online functionality being dependent on an app, the service still feels like it trails behind its competition’s services. Both Games with Gold and PlayStation Plus have been offering free titles on a monthly basis for quite some time now.

From small unknown indie titles, to AAA offerings, each service is giving players plenty of bang for their $60. Once the month ends, new titles roll around and last month’s titles are still available for free. Nintendo has clearly looked at mimicking this feature, offering monthly NES and SNES game downloads. Even better, the SNES titles will have online functionality, showing Nintendo is utilizing modern day technology to enhance the old-school experience for players. While this may all sound well and good, Nintendo has once again fallen short, with these monthly titles no longer being available when a new month begins and fresh titles are made available.

Exactly why Nintendo won’t allow players to simply build a library of retro classics through the online service is a little odd, and makes it far less enticing an offer than Xbox Live’s Gold Membership or PlayStation Plus. Whether there’s a technical limitation on Nintendo’s end remains unclear, but it’s definitely not the kind of PR the company needs mere months away from the Switch’s March release.

Unfortunately, the whole issue is compounded further by the fact that the paid subscription service, carrying much of Online Service’s benefits, won’t be available until Fall this year. When the system first launches, online play will be free as part of a trial period, but none of the other features such as monthly games, exclusive discounts, or even the app which allows for voice chat will be available for a good few months after the Switch has been out. When Mario Kart 8 Deluxe and Splatoon 2 are both due to release prior to the app and have a heavy emphasis on multiplayer, it feels as though Nintendo just hasn’t had enough time to deliver on its vision for the Switch’s online services.

Despite Nintendo’s efforts to really bring its online services up to speed in comparison to its competitors, it still feels as though it’s lagging behind. The fact that the Switch cannot natively handle online voice chat, something that people were doing on the original Xbox that released almost 16 years ago is baffling and makes the app feel like more of a hindrance than a convenient alternative for those on the go. Nintendo’s Online Service for the Switch is going to pale in comparison to Xbox Live and PlayStation Plus if it comes in at the same $60 a year price point.

Not just because its free games are only valid for a one-month period, seriously impacting the “value for money” argument, but because the app almost makes it feel like a second thought in the grand scheme of things. While online services can always undergo updates, just as PSN did in 2013 for the PS4’s launch, the Switch really could have done with a fully-realized, comprehensive service right out of the gate.