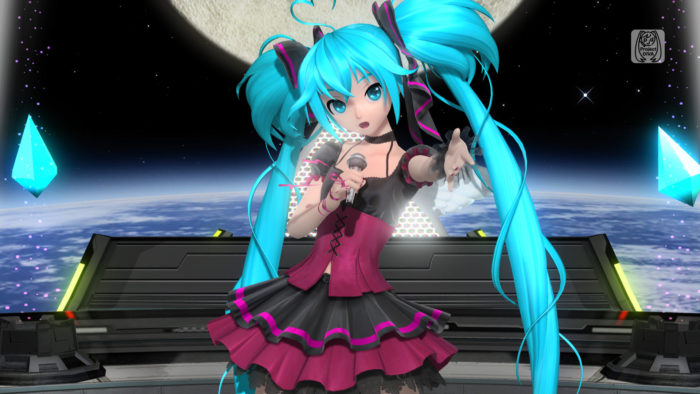 By now, I suspect most people would know what a rhythm game is. Just in case we’ve got some newcomers here, a rhythm game is essentially a music-based game that requires you to tap buttons at the right time to match the ebb and flow of the songs you choose. Hitting the right button just as a music note touches the icons on screen will give you higher scores, but mistime it or start mashing and you’ll be penalized. Hatsune Miku: Project DIVA Future Tone is a rhythm game.

But it’s not just any regular rhythm game. I was first introduced to the series when I dived into Project DIVA X, and I quickly came to the realization that the Hatsune Miku games were actually some of the toughest and most demanding rhythm games you’ll find on the market. Unlike the older DJ Max titles and even the more recent Persona 4: Dancing All Night, Miku games want you to be extra precise with your button pushes. You can get away with some button mashing on Normal difficulty, but beyond that, it’s do or die.

Future Tone isn’t just any regular ol’ Miku game, either. Unlike past entries, Future Tone doesn’t feature any sort of storyline or even a social bonding system where you can befriend your vocaloids. Future Tone is basically a no-nonsense arcade game that invites you to test your skills by playing through a whopping 220 songs across four levels of difficulty modes. 220 songs is nothing to scoff at, and Miku fans will find a lot to love here as most of the classic and popular series beats like Ai Kotoba and PoPiPo make a return here. Perhaps the most striking feature about Future Tone is the fact that all of the neat clips and videos that play in the background as you hit buttons are presented in beautiful 1080p at 60 frames per second. The quality of the videos and graphics are truly stunning to look at, and this is the best Miku and friends have ever looked.

While you probably won’t have time to admire the graphics while playing the song, Future Tone also allows you to watch the music videos separately. For the fans who love sharing screenshots and capturing the perfect pose for their vocaloids, you can stop and start the video at any frame, and take your time until you find the perfect moment for a memorable screenshot. There’s an in-game screen capture function that saves all of your shots to the PS4 capture library, so there’s no need to mess around with the occasionally wonky Share button on the DualShock 4 either. If you so choose, your captured screenshots can even be featured as loading screens in the game. It’s a small touch, but certainly a thoughtful one that I’m sure will appeal to many fans.

As is the case with any Hatsune Miku game, there are also costumes, accessories, hairstyles, and characters to unlock. Completing songs will earn you points, which can then be spent to purchase cosmetic items for the vocaloids. Dressing the singers up in cute outfits is half the fun, and there are hundreds of items to unlock, which is, quite frankly, pretty damn overwhelming. It’s a collector’s dream, and just the act of beating every song once on one difficulty and unlocking cosmetic items will easily take you up to 40 hours of playtime. The lack of a story and social feature might make the game seem a little barebones, but honestly, the Miku games never really needed those in the first place. The meat of the game lies in its fantastic rhythm gameplay, where hitting a Perfect note still feels satisfying as always.

SEGA and Crypton have polished the series’ challenging rhythm gameplay over the years, and Future Tone serves as the ultimate package for the most hardcore of fans to prove that they’ve mastered the art of very precise button pushing.