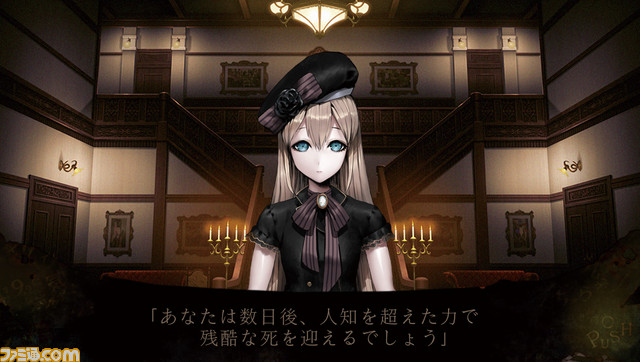 Not so long ago, Sony Japan put up a teaser for a game called Shiin on their YouTube channel. All we knew was that this was a new game from developer Experience, known for developing dungeon-crawler RPGs. That game has since been revealed as Death Mark, and it looks like this isn’t an RPG at all.

According to Famitsu, via Gematsu, Death Mark is a horror adventure game where individuals who possess a strange mark engraved on their bodies are destined to die. One day, those with the mark are invited to Kujou mansion, where they are told that there is a way to be saved from their curse. The player character is, of course, among those people with the mark on their bodies.

There are no further details about the game, but it looks very much like a visual novel with decision-making elements. There are also no details on a possible localized version of the game. We’ll keep you updated as more details come our way.