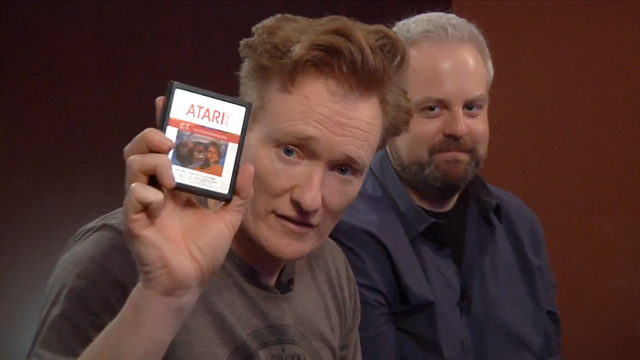 Each time video game devs and publishers send Conan O’Brien an early copy of their upcoming game, he features it on his hilarious Clueless Gamer show, later posted to YouTube. Occasionally he invites a celebrity or two to come check out the game with him. Conan himself isn’t very good at playing video games, but he’s often able to present a hilarious take on what it’s like for newcomers when they’re forced to play something.

According to The Hollywood Reporter, this show will soon become a proper TBS series.

‘We’re going into production next month on a new series, Clueless Gamer, based on the viral video he’s done where he essentially makes fun of video games, gets celebrities to play and makes commentary on them. We’ve gotten to the point where video game companies are sending us their new product for us to play and make fun of because it’s been such a huge success. We’re going to go into production on a series of that.’

More Clueless Gamer, more hours of hilarity and entertainment for us consumers.