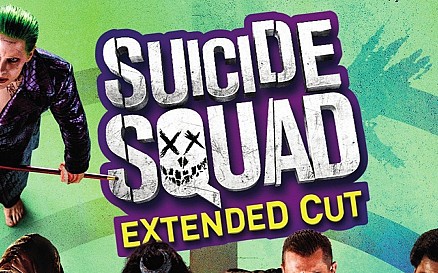 Please be warned that this article includes major spoilers for Suicide Squad and its Extended Cut.

When Suicide Squad hit theaters last Summer, it was nothing short of a box office hit. Its stellar cast combined with a unique premise made the film a success with all sorts of audiences, although not everyone loved the movie as much as they thought they would.

The main issue people had was with Jared Leto’s Joker. Some absolutely hated this version of the Clown Prince of Crime, whereas others claimed there simply wasn’t enough of him in Suicide Squad to justify a judgement, despite The Joker having been a major part in the film’s promotional material.

Besides the whole Joker dispute, Suicide Squad suffered from some serious pacing issues, too. Uneven interactions broke up the waves of action sequences in the first half, whereas the second half underwent various character moments that went on for far too long in rapid succession.

Suicide Squad: Extended Cut tries to right some of its wrongs, adding about 12 minutes of additional footage to further flesh out its characters and their motives. After rewatching both the original and the extended version two times each, it’s clear that… well, it’s not all that good.

While the Extended Cut gives us a deeper glimpse at these likable villains, the way they fit into the movie is largely damaging to its already uneven pacing, adding mere insult to injury. Throughout the first half of the story, character conversations feel thrown in to break up the action. The squad fights a wave of Eyes of the Adversary, followed by some small talk, witty remarks, and character developments. These scenes in and of their own were quite enjoyable and did shed some light on otherwise questionable arcs, but they just felt out of place and stuck to a recurring formula for the entirety of the film.

The Killer Croc dinner scene gets extended a little, and we see Croc throwing up in the helicopter whilst travelling to Midway City. There’s plentiful little additions like these that make the characters more relatable, such as a moment of reflection with Deadshot and Rick Flag explaining his feelings towards June. It truly is a shame that these are placed so oddly within the entirety of the film.

In the second half, not much has changed. The biggest tweaks are made in the bar scene, and there’s the addition of the aforementioned Rick Flag scene, but beyond that, there’s nothing new that caught my eye. Most extended scenes and added extras can be found earlier on in Suicide Squad, with there being about three more minutes of The Joker in total. The Arkham brainwashing scene from the theatrical cut has been slightly extended, as well as adding an additional flashback scene that shows Harley confronting The Joker about him ignoring her feelings.

These provide some welcome details as to why the relationship between The Joker and Harley is so complex. The Joker blames Harley for erasing his memories and leaving him “in a dark hole of rage and confusion,” and this is followed by Harley chasing him down and pointing out that he’s more afraid of a heart than a gun. It fleshes out the whole dynamic a whole lot more and most certainly clears some things up about how their relationship unfolded, but they still feel a bit illogical. First, The Joker fries her brain. Then she chases him down, and before you know it, they’re at Ace Chemicals. It’s a much larger movie than just Harley and The Joker, of course, but it’s a vital sub-plot that is still handled poorly despite the added scenes.

In the end, if you want more of The Joker, the Extended Cut more or less delivers with a few extra bits of footage and some additional character moments. However, it’s a good thing that this wasn’t the theatrical cut, because it likely would have damaged the film even more. The pacing is absolutely horrendous during some scenes, and this time around, those problems ripple throughout the entire movie instead of just sections of it. Suicide Squad: Extended Cut showcases that the overall production was quite troubled indeed, but if there’s one thing the DC Extended Universe has going for it with this third film, it’s that they really know how to handle their character backgrounds. Now all that remains is finding the balance between character moments and action sequences, and the upcoming Justice League and Wonder Woman movies will undoubtedly be vital to nailing that dynamic.