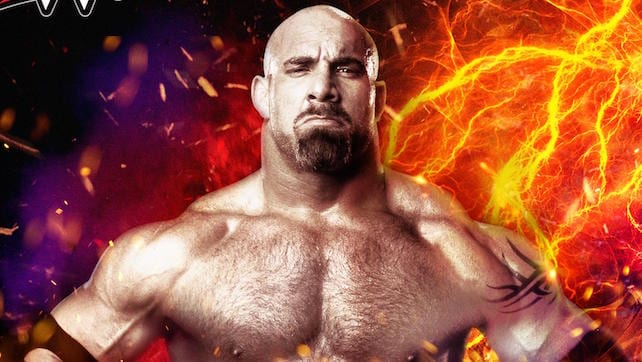 Wrestling has always seemed like a sport that catered perfectly to gaming as a medium thanks to the bigger than life personalities, over the top stories, and interesting match types that keep the sport fresh. Yet, the WWE series has been very up and down with what they’re able to deliver in terms of actually simulating that experience. One of the best examples of wrestling as a game was all the way back in 2000 with WWF No Mercy. This year, developers Yuke’s and Visual Concepts seek to capture that magic with WWE 2K17, a game that takes one step forward for this franchise and two steps back.

One of the biggest draws to a WWE game is recreating some of your favorite matches throughout this company’s esteemed history, and thankfully the massive roster can allow you to do that. While the two principle modes, Career and Universe, only focus on the current roster, the quick play section allows access to a cast of wrestlers from throughout the ages. From hardcore legends like Mankind to iconic combatants such as Randy Savage and Ric Flair, there is a plethora of wrestlers to choose from and test out.

Most of these wrestlers all play differently and showcase the classic move sets that have made them instantly recognizable to any fan of the sport. Each fighter is rendered with impressive detail as the developers have done a fantastic job capturing the various personalities and movements of this cast. However, all the characters feel incredibly sluggish to use in the ring and their movements feel stiff and unresponsive at times. This becomes especially noticeable when you are trying to throw someone in or out of the ring, as they will sometimes just endlessly run against the ropes without actually going over.

This can really be felt in the “Counter” mechanic which requires you to time pressing down R2 perfectly if you want to reverse your opponent’s attack. Now this wouldn’t be an issue, but the game is too reliant on this system, meaning that around 80% of your ability to even stand up and fight back comes from being able to counter. However, this can be adjusted through the various Game Options if you are finding it too hard or easy, but the system itself feels incredibly unresponsive at times. It always feels like a delay between when you hit the actual button and when the game recognizes it, which can lead to some frustrating moments.

In fact, the game itself is full of various bugs and glitches, with matches suffering from some pretty horrendous screen tearing when the matches get especially chaotic. While I never experienced any hard crashes in my playtime, there were a number of issues such as character costumes not fully rendering, announcers endlessly repeating the same commentary line, or clipping against the ring that popped up. A recent patch has cleared some of these problems up, but WWE 2K17 could have used a few months of polish before its release.

However, the actual wrestling itself is responsive and can be quite fun at times when the matches get intense. While it’s still baffling that we are unable to get more than six combatants into a ring at once (which is incredibly disappointing for the Royal Rumble fan in me), the general matches are rather enjoyable. WWE 2K17 also offers an impressive number of modes that can be played both on and offline, all of which culminates into the MyCareer and Universe modes.

Though before you can even begin a career, you will either need to download a custom wrestler or make one yourself, which you can easily dump a significant amount of time into. The character creator is perhaps the best part of WWE 2K17 since your own creativity is the only real restriction. Virtually every aspect of your character can be adjusted, which can lead to some truly interesting versions of famous characters like Bane, Deadpool, or Darth Vader. Uploading and downloading other people’s wrestlers is straightforward and simple, which adds a bit more longevity into this title.

MyCareer is incredibly hit or miss, while there is a nugget of good ideas, the entire concept turns into a grind up affair quite quickly. In order to get shots at title belts, you will need to improve your standing through matches, promos, and rivalries, but these can take ages to actually form. Not to mention, WWE 2K17 has a bad habit of pitting you against the same three opponents for several matches in a row, which can grow incredibly stale after your third or forth match with John Cena.

Yet, the worst aspect of WWE 2K17 has to be the “Live Promos” concept that they added in. The idea is that you will go into RPG-esque dialogue sequences that are timed between you, the audience, and your opponent as you try to either appear as a good guy (Face) or a bad guy (Heel). This has always been a critical part of wrestling, so its inclusion should be a natural fit, yet there is one glaring issue with it – no one has a voice.

For whatever reason, both your own wrestler and the actual real life wrestlers were not dubbed in, which leads to some extremely awkward moments where your tough wrestler yells at an opponent with no sound coming out of his mouth. Needless to say, this instantly disconnected me from living out the fantasy of being a wrestler and just made me want this entire section to end as soon as humanly possible.

This is only made even more puzzling because certain sections of the game are voiced, such as the announcers, trainers, and people who interview you backstage. Yet, the lines delivered are cringe worthy and often add little depth or immersion to the matches. Most of the time they will often repeat the same lines or make nonsensical remarks like “We’ve never seen that move before!” despite having seen that exact move in the match prior. This is genuinely frustrating as the mix of both having voice overs and not having them just gives WWE 2K17 an incredibly inconsistent feel.

Universe Mode is thankfully far more robust and makes up for the huge shortcomings of MyCareer. Acting more as a general manager mode, you are able to form rivalries, storylines, and entire events as you essentially manage an entire season of the WWE. It’s interesting and creating feuds between some of your favorite wrestlers is quite engaging, and also allows you to add your own personal touch to the events. Why this wasn’t implemented directly with MyCareer is beyond me, but it feels like a missed opportunity.

The real challenge starts once you take the fight online in a variety of game modes that can be tweaked and customized as well. This can be especially fun when you are playing with friends and thanks to the latest patch, the lag and latency issues have diminished but will pop up now and again. 2K Tonight is the most interesting aspect of the online portion as it acts as a pseudo “King of the Hill” where you can take on challengers and build up win streaks as you drop more and more opponents. This can be rather entertaining as you can begin to form your own rivalries with people online, though more match types included in 2K Tonight would have been nice.

Overall WWE 2K17 is a game that feels like a wasted opportunity that is only saved by Universe Mode, a robust character creator, and some solid tweaks to the combat mechanics. However, the massive amount of bugs, disappointingly shallow MyCareer Mode, laughable voice overs (and lack thereof!), and heavy reliance on counters make it a less than thrilling experience. This is a series that needs to take a few years off and go back to the locker room if it ever hopes to be taken seriously again.