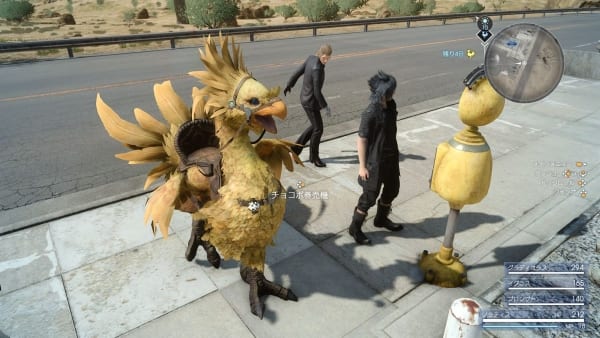 The official Final Fantasy XV Japanese website has a 24-hour countdown timer right now, and it looks like we can expect some news or major announcement at around 1am EST on October 5.

Square Enix hasn’t given any hints or clues as to what they have to announce next, so your guess is as good as mine. Earlier today, the game got a new gameplay video showing off Noctis casting the Death spell on his enemies. The full tracklist for the songs that can play in your car has also been revealed. At the moment, popular fan theories seem to involve a game announcement for the NX, or possibly even more exclusive DLC content. Lightning outfits and a Lightning character model to replace Noctis in every cutscene, maybe?

Final Fantasy XV is set to be released for the PS4 and Xbox One on November 29. We’ll keep you updated as more info comes our way, and when the countdown has ended. Feel free to let us know your guesses for the next big announcement from Square Enix.