This morning the evolved forms of Pokemon Sun and Moon’s starters were finally revealed via a new trailer from Pokemon’s official YouTube page. Let’s meet them shall we?

Rowlet, everyone’s favorite cute Grass/Flying Owl retains its typing and becomes Dartrix, a even more dapper owl with a pretty sweet hairdo. According to its official description, Dartrix is basically a bad ass Owl Ninja like Greninja: 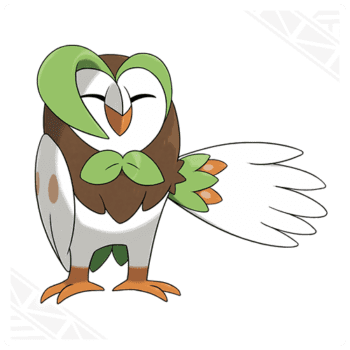 Dartrix is extremely sensitive to other presences in the area and can detect opponents behind it and throw feathers to strike them without even seeing them. This Pokémon conceals sharp-bladed feathers inside its wings, showing astounding precision as it sends them flying in attack. And it goes beyond propelling its blade quills in simple straight lines—it can even bend these feathers to change their trajectories!

Next up is Torracat, the evolved form of Litten. Despite the fears of many, it has not yet turned into a Fire/Fighting wrestler (still just regular ol’ Fire), but don’t worry there’s still time. Get a load of its description: 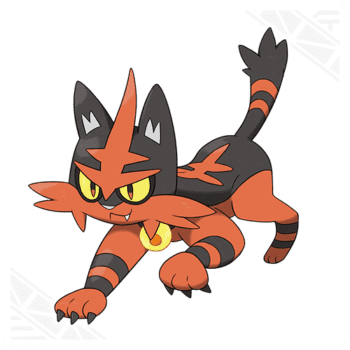 Torracat has a great love for battle and will attack so relentlessly that its opponents lose the will to fight. And yet it sometimes behaves like spoiled child in front of Trainers or Pokémon with whom it has built a relationship of trust. The cat punch that this Pokémon can dish out with its strong forelegs is extremely powerful. It can bend iron bars and knock out large men with a single blow!

There’s still hope for another Fire/Fighting type! There just aren’t enough yet.

Last up is Brionne, the evolved form of Popplio. Popplio somehow gets cuter and might be inching closer to a final Water/Fairy typing that many have speculated on based on its appearance and description. For now though, it is still just mono-Water. Here’s a portion of its description via Pokemon’s official website: 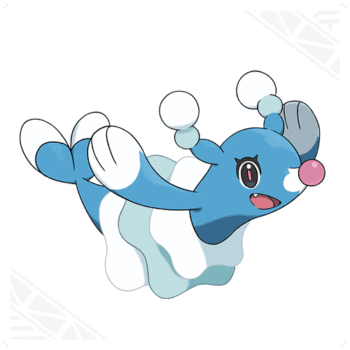 Brionne can dance in perfect time with others, even if they have only just met. On moonlit nights, you can sometimes see throngs of Brionne dancing as one, in perfect fluidity. Brionne always acts cheery and positive. Even when it’s feeling sad, this Pokémon doesn’t allow its sorrow to show. It’s said that Brionne will only reveal a sad expression to a Pokémon or Trainer to whom it has opened its heart completely.

Well…. Pokemon fans, what do you think? Are you psyched about the teenager designs for the new Sun and Moon starters? Dying to see the final forms now? Sound off in the comments below.