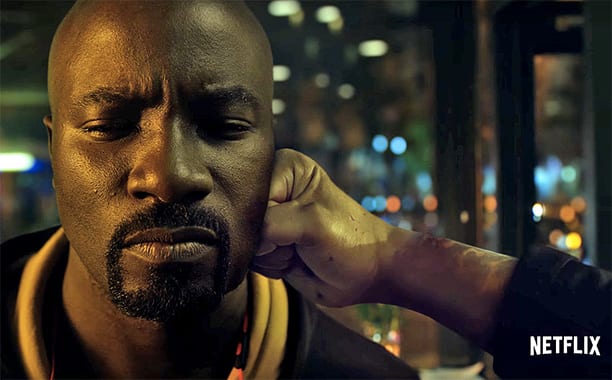 The hype for Marvel’s Luke Cage is certainly real, and it’s not gonna be too long before it hits on Netflix in just a few hours. If you thought the trailer from earlier this week couldn’t get you any more pumped, here’s the opening credits sequence to drive it further.

Justice may be blind, but tomorrow it becomes unbreakable. #LukeCage pic.twitter.com/srR5H7FskR

Daredevil’s opening sequence used red wax to recreate Hell’s Kitchen and play off of Matt Murdock’s Catholicism. Jessica Jones’ was heavy on ink blots and photographs in a very neo-noir fashion. Luke’s is all about the urban background of Harlem, from the street signs and views of the city to the bass heavy music, which is a callback to his blaxpoitation roots. Fittingly, he’s also breaking down a wall in slow motion, which is probably something that’s going to be happening a lot during the season.