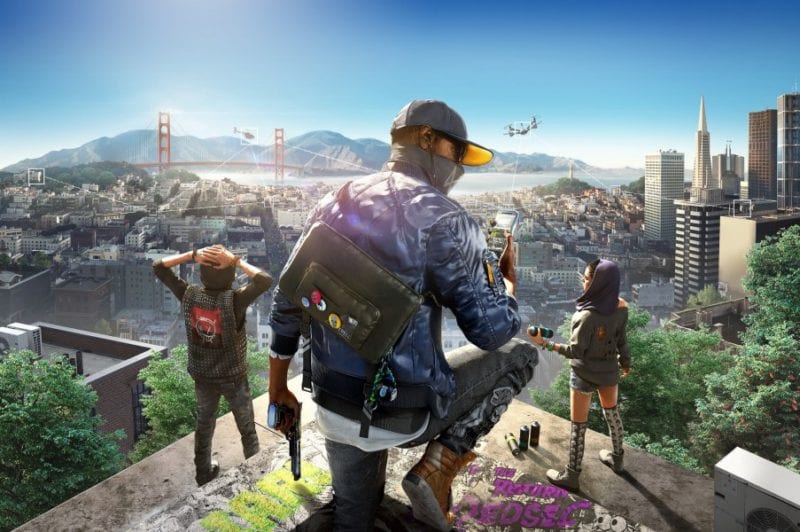 Today, Ubisoft released a new trailer for their upcoming open world game, Watch Dogs 2. The previous ones have focused on gameplay, but this one is primarily concerned with setting the stage for the story. We get to see protagonist Marcus Holloway meet up with DedSec’s hackers Sitara, Josh, and The Wrench. Marcus will be working with them, along with Horatio and T-Bone, who fans will remember from the first game. He’ll be back, and no doubt he’ll be just as awesome here as he was in the last one.

Together, they’ll take down San Francisco’s Blume cTOS system, headed up by main villain Dousan Nemec. It’s all pretty ridiculous, especially towards the end, when things are exploding and Marcus is parkouring around like a hacker who just watched one of the recent James Bond movies. But it also looks like a ton of fun, and you’re gonna get to punch the very douchey-looking Nemec in the face at some point, so it’s hard to get upset when that carrot is dangling in front of you.