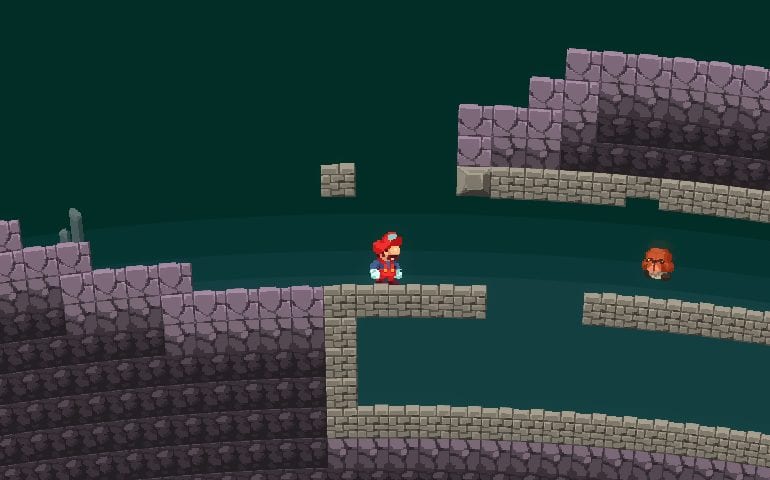 The fun fan game, No Mario’s Sky, received a Digital Media Copyright Act notice from Nintendo, resulting in the game being shut down. No Mario’s Sky was a fan game by ASMB games that took the look and exploration concepts of No Man’s Sky and gave it a 2D Mario style gameplay with iconic Mario characters. The use of the characters and enemies in the game prompted Nintendo to issue the notice.

ASMB games did not want to kill the game without giving the fans something in return. Thus, No Mario’s Sky received a makeover and was rebranded DMCA’s Sky as a nod to the copyright notice that caused the change.

DMCA’s Sky takes the same game but removes the Nintendo characters in exchange for new ones. Mario and Princess Peach are removed and replaced by Spaceman Finn and Princess Mango. Spaceman Finn will face enemies called Moombas instead of Mario’s enemies, Goombas.

The game’s environment gets a new look as well. Instead of bright blocks and gold coins to collect, the textures and colors are different and gold coins are removed in favor of green ones. Overall, the game’s mechanic and concept remains relatively unchanged and should be a consolation to any fan of the original game.

If you are interesting in checking out the new version, download DMCA’s Sky here.

Can This Paper Star Fox Game Be a Real Thing? Please?

No Man’s Sky Coming to Xbox Game Pass in June; Windows 10 PC Version in the Works

The Legend of Heroes: Hajimari no Kiseki for PS4 Gets Epic New Trailer Showing its Cast in Action
To Top