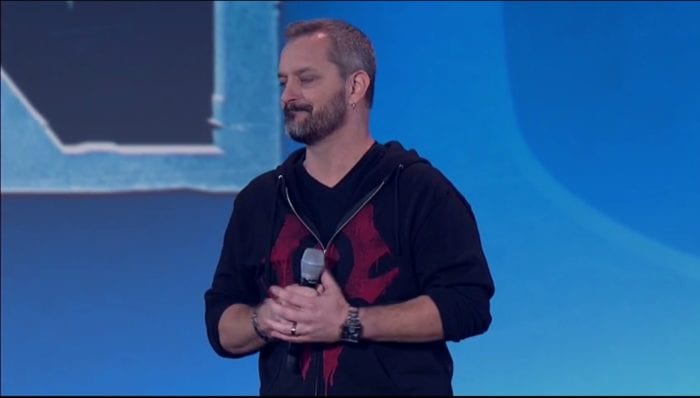 Blizzard fans know of the name Chris Metzen. He’s a co-director of Overwatch and was the creative director for World of Warcraft back in 2004. He’s also the Vice President of Story and Franchise Development. Or rather he was, as today, he announced through the company forums that he was both leaving the company and retiring–and he stressed retiring, as he’s not going to go to another studio or make new projects. He plans on laying around “getting fat. Well, fatter…”

Metzen has been with Blizzard for nearly 23 years. His first work the company was as an artist and character animator for Justice League Task Force. Metzen helped to create the universes of Diablo and Starcraft, and he’s written for both the latter game and World of Warcraft. Soldier: 76 from Overwatch is actually his creation, originally intended for a graphic novel released independent of Blizzard.

In the post, Metzen says that he’s had “the time of my life,” and that the company has been a second family to him. “I don’t just mean “the job” or even the creative mission—but the people. The people who over and over lifted me up, believed in me—and pushed me to find my potential as both an artist and as a leader all these years. ”