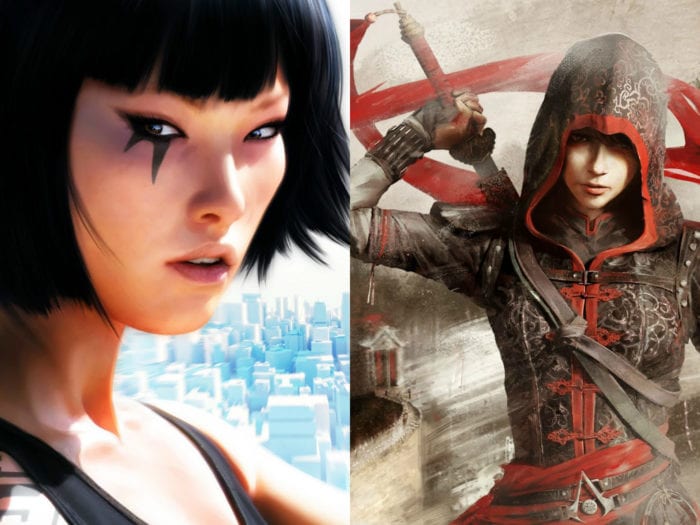 Though Microsoft revealed Earthlock as a September Games With Gold title earlier this month, we now know the rest of the line-up.

Joining Earthlock on Xbox One, sidescrolling 2.5D stealth game Assassin’s Creed Chronicles: China is free from Sept. 16- Oct. 15. On the Xbox 360 side of things, and of course backwards compatible on Xbox One, Forza Horizon is free the first half of the month, with the original Mirror’s Edge free the second half.

A turn-based RPG, Earthlock: Festival of Magic is a [email protected] game launching next month and kicking things off with a bit of free game love for Gold Members. “The world of Umbra has stopped spinning, and as Amon, it’s up to you to save it,” Microsoft writes on the Xbox Wire. “Bring Amon and his team through the harsh, beautiful Umbra landscape and fight off monsters of all kinds…”

As for the other titles, China is the first in the Assassin’s Creed Chronicles trilogy, all three of the titles aiming to bring classic Assassin’s Creed mechanics into a 2D game, including free-running, stealth, and plenty of assassinations. Meanwhile, “with over 300 cars to unlock and an open-world full of challenges,” Forza Horizon hits Games With Gold just in time to try out the series before Forze Horizon 3 lands Sept 27. And finally, if you liked this year’s Mirror’s Edge Catalyst, you can see where the series started with the original. Though not set in an open-world, Mirror’s Edge still delivers on the stylish parkour.

For more on all the games on Xbox, new and old, keep checking back right here on Twinfinite.