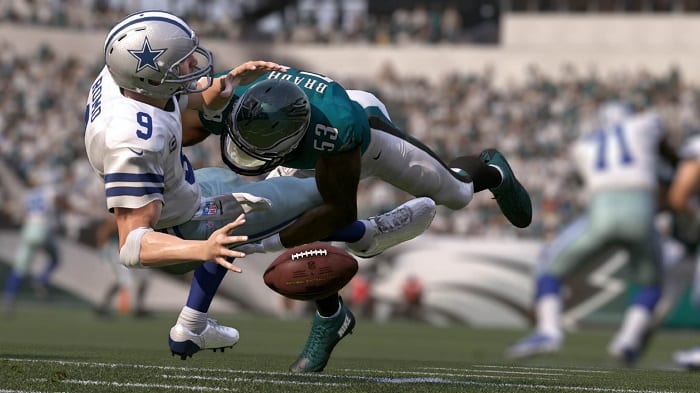 Remember when John Madden Football released in 1988 for MS-DOS? Me neither, that’s how old the Madden franchise is. With the latest Madden NFL 17 released this week and topping the bestsellers charts on all the major retail websites, their formula is still working.

With a game that is certainly going to sell no matter what you charge, you’d think discounts would be out of the question, that is unless you have a paid membership to Best Buy’s Gamers Club Unlocked or Amazon Prime. Believe it or not there is actually a discount you can catch with at least one major retailer selling PS4 and Xbox One copies at a 20% discount – no membership required!

The retailer in question is NewEgg and rather than host the discount on their own retail website, they’ve posted the discount on their eBay store page. Save $12 on the newest Madden 17 and unlike most items sold on NewEgg’s own site, you get free shipping in the continental US. Sales tax only charged in TN, IN, CA, and NJ.

If you need an 8th generation console to play the new Madden 17, NewEgg is willing to take the game onto the older Xbox One console bundles likely wasting away in their warehouses. Also on their eBay page they’re tossing in a free copy of Madden 17 on the older Xbox One bundles from early 2016 / late 2015. Your choices are either the Name Your Game Bundle with free Madden 17 and Assassin’s Creed Syndicate for $260 OR the 3-game Xbox One 1TB Holiday Bundle with Madden 17 and Tom Clancy’s Rainbow Six Siege.

If you’re looking instead of a new Xbox One S 1TB Madden Bundle, there is an offer out there too. On eBay Deals a non-NewEgg Powerseller has the Tuesday released Madden Xbox One S console bundle for the same $349.99 as every other retailer with a bonus $50 eBay Gift Card. That extra $50 basically gets you a free game or controller. Not bad.