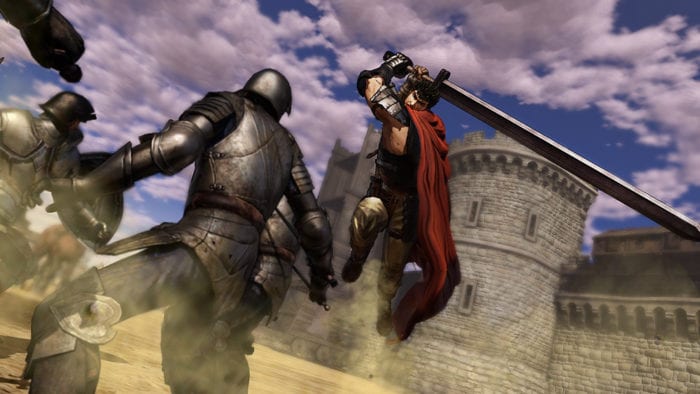 Koei Tecmo’s newest Musou adaption of an anime has received a new trailer, this time showing Berserk’s titular hero Guts in action. The short one minute video shows some suitably bloody footage of Guts wielding his massive Dragonslayer sword, and demolishing groups of enemies. The whole thing wraps up with the character performing a flashy special move, that looks like it was ripped straight out of the anime. Take a look at the full video down below.

Berserk will feature a host of different characters from the series including Nosferatu Zodd, Serpico, Schierke, Griffith, Casca and Judeau. The story mode for the game will feature cutscenes both before and after major battles, showing story events and details before the battle, while at the end showing us the aftermath and outcomes of battles.

Berserk launchs on October 27 in Japan for PlayStation 3, PlayStation 4 and PS Vita. The game will also be coming to North America this fall for PS4, PS Vita and PC via Steam, although no official release date has been given yet. The game is being developed by Omega Force, of Dynasty Warriors fame, and published by Koei Tecmo. If you want to see more on Berserk, you can take a look at some brand new screenshots featuring the Millenium Falcon Arc.

Are you going to be picking up Berserk this fall when it releases? Are you a fan of the anime, or are you considering watching it for the first time before teh game? Leave a comment and let us know.