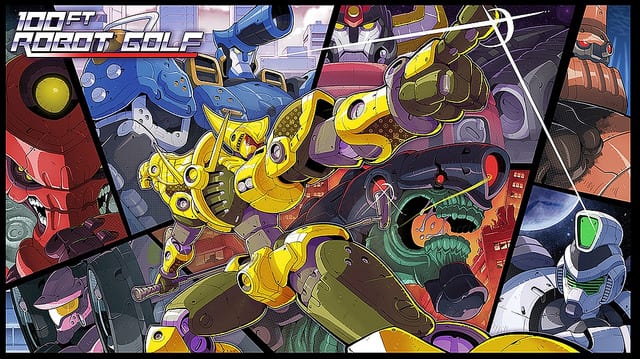 No Goblin, the developer of 100ft Robot Golf, has revealed that their game will be coming to PlayStation 4 and PlayStation VR this October.

In a post on the PlayStation Blog, No Goblin described 100ft Robot Golf as, ‘a golf game where your golfer is a huge, 100ft robot that can destroy cities. You can play for par with four people on your couch, or destroy cities online with pals around the world!’

The blog post reveals what players can expect from the campaign mode. They say it is, ‘a fun and campy anime story that you can play through, filled with intrigue, love, suspense, and golfing action.’ The developer also reveals a new robot that will feature in the game.

Players can also activate VR mode that will allow you to ride on top of the robots as you play. It will be available when Sony’s PlayStation VR device releases.

100ft Robot Golf will release for PlayStation 4 on October 10.