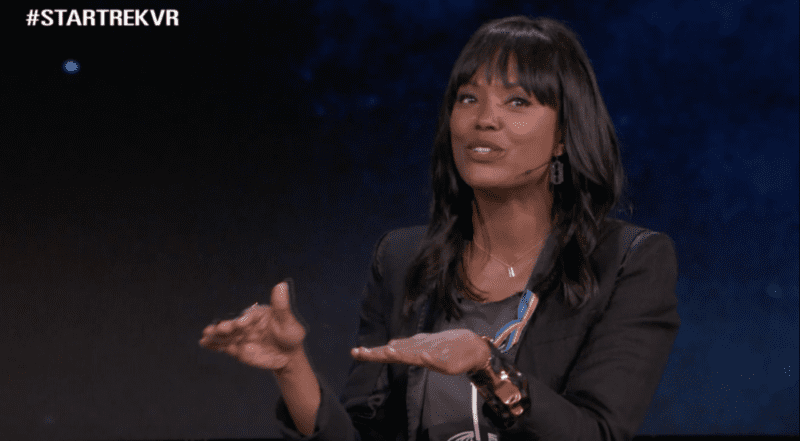 Today’s Ubisoft E3 conference revealed Star Trek: Bridge Crew, a VR game that lets players man a Star Trek ship, controlling every system from shields to weapons to engines. Your crew will have to work together to explore and face off against staple series races like the Klingons. Levar Burton and other Star Trek actors even appeared in the video, playing the game themselves and lauding its realism.

After the trailer, Aisha returned to the spotlight and noted that people may have already caught wind of Star Trek before the reveal, thanks to someone who leaked the news onto Reddit. To said leak spreader, she had this to say: “you know what you can suck a bag of.”

She then went on to casually interview Levar Burton about his time playing the game, because Aisha does what she wants.