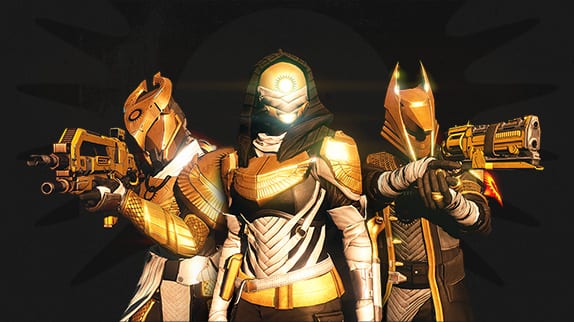 Despite trying to jokingly yell at the cool kids in their most recent Destiny news update, Bungie is taking the full blame for the recent cancellations of the Trials of Osiris and Iron Banner. In case you missed it, unforeseen issues in a new “Players in Activity” feature prompted the most recent Trials of Osiris and this week’s planned Iron Banner tournament to be shut down.

According to Bungie all seems to be good now though, and if that is indeed the case, guardians should get their events back starting this weekend with Trials of Osiris, and Iron Banner next Tuesday.

“Effective immediately, Hot Fix 2.3.0.1 will correct the Players In Activity feature, and cap the display at a maximum of ten friends. We’re sorry for the trouble this caused, but we’re committed to restoring order to the special events you love to play.

Trials of Osiris may return tomorrow. Once we’ve had a chance to confirm that all is well, we’ll sound the alarm that all champions of the Crucible should don their sunscreen and prepare for a trip to the Lighthouse. Stand by for more information on your fate.

And, if all goes according to plan, that’s not all the news we’ll have for the warriors among you. We may also reschedule Lord Saladin’s appearance in the Tower so that Iron Banner can happen next week. This is no time to create a gulf between you and the sole surviving Iron Lord.” via Bungie.

So lower your pitchforks… for now. Hopefully “all goes according to plan” and the Crucible’s premiere events are back in order for the rest of this week.