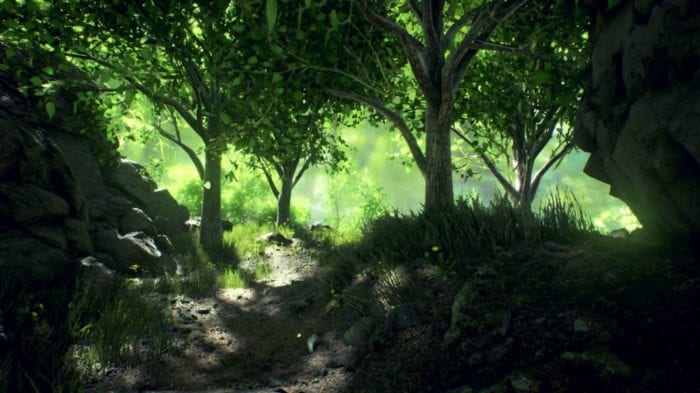 I began Asemblance both intrigued and awestruck by its inspired conceit and heavy atmosphere, but I was ultimately left feeling unsatisfied by an awkward ending (or number of endings) to a game that doesn’t quite pack the cerebral punch it ambitiously intends to.

Presented as the first installment to a number of isolated episodes, this first-person puzzle game has some interesting things going for it, and the opening minutes of gameplay suggest a promising start for the series. The story, in which you find yourself trapped in a test laboratory able to simulate past memories, sounds like a great idea for a video game on paper.

Indeed, the ability to load up a memory on the terminal and immerse yourself into distinctive environments initially feels novel, held up by the ambient sound design and impressive lighting effects, which are used effectively in each setting.

Unfortunately, there are only four memories you are able explore, the majority of which are hardly the most exciting of locations to dive into. This feels like hugely wasted potential, as developer Nilo Studios could have used this framing device to transport the player to a number of unique environments, but instead only gives you the opportunity to traverse restricted spaces such as an empty office or bland-looking apartment.

There are admittedly some unique ways to interact with these environments, such as the ability to explore them during different time periods by focusing your vision on a clock or encountering a new revelation in the story by simulating each of them in a different order, but that’s about as far as it goes when it comes to player engagement.

In fact, the entire game itself feels lacking in terms of meaningful playtime, even when you take into account the multiple endings that can be achieved. I manged to see everything the game had to offer in around four hours, but the experience had long since lost my captivation by the time I finally put the controller down.

These aforementioned endings also lack any impact; the unraveling story seems to be building towards a climactic finale as you uncover more about your existence in this strange setting, but the game’s structure means that its various endings are delivered piecemeal, and each subsequently arrives without warning or any real sense of payoff.

Asemblance also suffers from the same problem that Everybody’s Gone to the Rapture did back in 2015, with regards to a “sprint” action (if you can call it that) assigned to the trigger button on the Dualshock 4 controller. At no point does the game inform you of this mechanic, and – even when you do figure it out – it does little to quicken the pace of the unbearably slow movement speed of your character.

Asemblance seems to be trying to posit a number of thought-provoking questions to the player, but neither the narrow gameplay nor the convoluted narrative articulates this message effectively, and the result is a diluted experience that is over before it began. Hopefully Nilo Studios has the opportunity to deliver more fulfilling and expansive episodes to the series in the future, but this first outing doesn’t inspire too much confidence.